A learning opportunity for 2nd graders at Summerfield Charter Academy has turned into an activity of interaction. For Black History Month, students of Heather Cruz’s class have expanded their learning about prominent Black leaders by sharing facts with fellow students and teachers they see in the hallways at school.

Each school day in February students were given a different leader to learn about, then they affixed that person’s picture to their shirt to serve as a conversation starter with others. Teachers and staff were given a heads-up to ask these students questions. 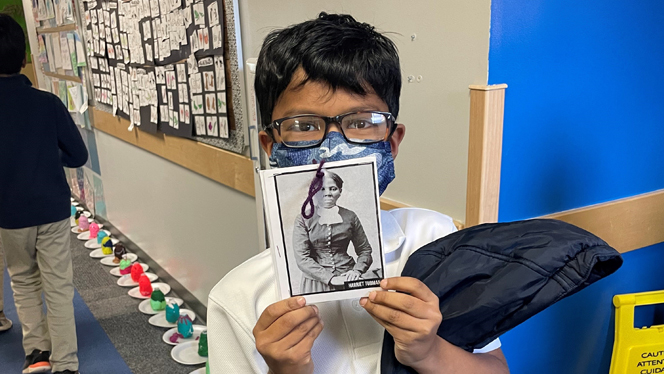 This is the third year Cruz has presented this project to her students, but the first time with 2nd graders.

“I came up with the idea because I noticed most students only really knew about Martin Luther King, Jr. and Rosa Parks,” Cruz said. “I found this was a way to expose them to more and they love learning about them.” 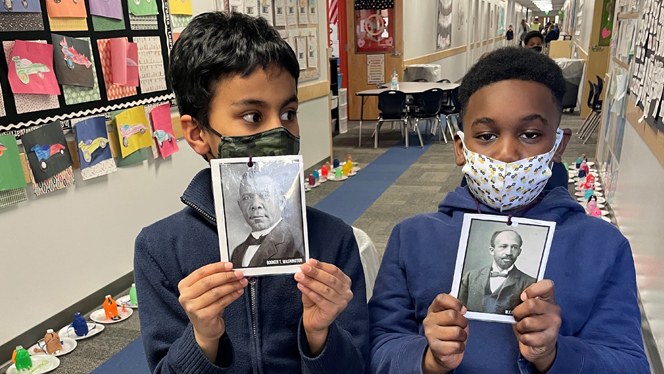 Cruz said her class was able to grasp the challenges many of the Black leaders faced and were excited when they showed up in class each morning, anticipating which person they got to learn about next.

“They are in 2nd grade, but they understand the different between right and wrong, fair and unfair,” Cruz said. “They are shocked to learn people were treated in such a way and are so happy to learn that their person achieved greatness despite the obstacles they faced.”