Even after her children graduated from Paramount Charter Academy, Simone Snyder’s desire to stay involved with the school continued.

From kindergarten to eighth grade, she was an active parent volunteer in a variety of school activities. She even was connected to the school in partnership through her employer at the time, the Greater Kalamazoo United Way (KYDNetwork), where she led youth-centered initiatives within the community. 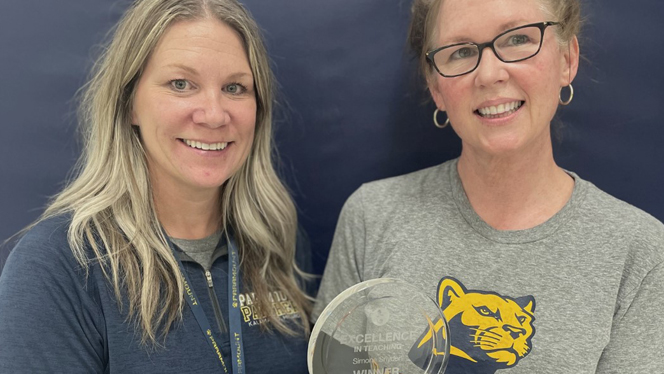 Several months before her daughter was set to graduate eighth grade, she realized she didn’t want her family’s connection to Paramount to end after nine years. She contacted the school registrar to see if there were any upcoming volunteer opportunities and signed up to assist at Paramount’s mobile dentist event. Putting her professional youth development background to use, she calmed nervous scholars and worked to alleviate behavior concerns while they waited for their dental appointment. When the day was over, she connected with the registrar again about employment at the school.

“I enjoyed the experience so much; I knew I wanted to be part of the Paramount team,” she said. 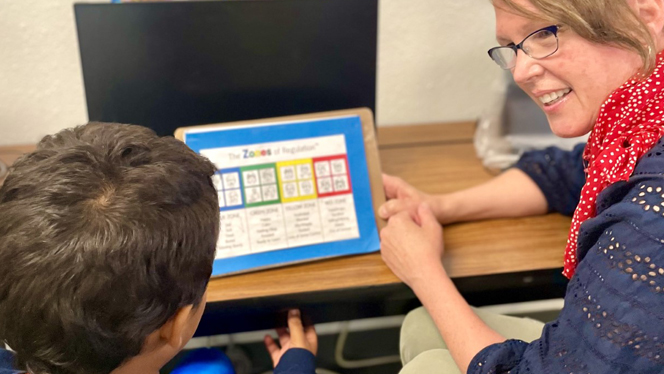 Simone Snyder works with a student on the Zones of Regulation.

Snyder is still at Paramount, having completed her fifth year as an Achievement and Behavior Support Specialist (ABSS) and was honored as an Excellence in Teaching winner as part of the 2020-21 National Heritage Academies (NHA) Excellence Awards.

Snyder’s role includes collaborating with teachers to develop individualized behavior and achievement plans for scholars. She said that scope has expanded in recent years to increase emotional regulation skill-building as opposed to working with a student and simply having them re-enter the classroom. 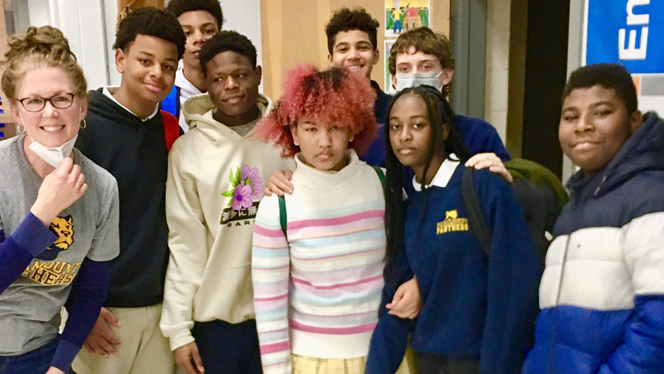 Simone Snyder facilitates the Paramount’s National Junior Honor Society, including teaching them how to create youth-led service-learning projects to support their school and community and capitalizing upon their NHA Moral Focus skills with every activity.

“Many of our students have a fight or flight mentality,” Snyder said. “Being able to empower them with long-term buildable skills while communicating this type of skill-building with teachers and within the parent partnership aspect is a significant part of the ABSS position. I appreciate the NHA organization as a whole and that makes it very rewarding to work here.”

As an ABSS, Snyder works with younger scholars, but interacts with a different age level and different teachers through the National Junior Honor Society. She noted that NHA’s Moral Focus curriculum is something she values highly and uses as a pillar in guiding students. 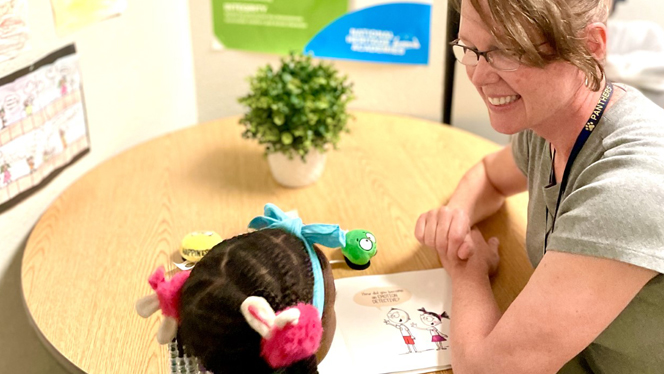 Before working at Paramount, Simone Snyder’s children graduated from the school.

“We incorporate Moral Focus into our work on a daily basis and share that with parents,” she said. “We have scholars who may not have started here in kindergarten. They may be coming in at a later grade, so whether it be elementary, upper elementary, or middle school, I strive to communicate with families how our Moral Focus is linked to the behavior model because we are building character development in addition to building strong learners.”

When asked about receiving an Excellence in Teaching award, Snyder is quick to distinguish that she is an educator, not a teacher.

“As an ABSS, I’m looking to educate and support students with skill building and best practices but also work hand-in-hand to support the good work our teachers do in their classrooms,” she said. “We ABSSs communicate and collaborate with teachers so they can take some tools we utilize to implement within their classrooms to help with behavior concerns and keep students engaged.” 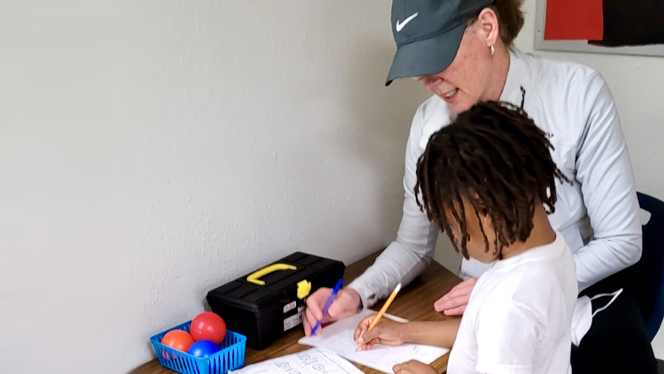 Simone Snyder has been with Paramount Charter Academy for five years.

Note: This is one in a series recognizing winners of the 2020-21 NHA Excellence Awards, a program that honors educators, deans, and administrative teams across our network.