Students at Emerson Academy of Dayton recently had a visit from the “Science Machine.” About 300 fourth-, fifth-, seventh- and eighth-grade scholars were excited and amazed as they watched science experiments that seemed like magic. 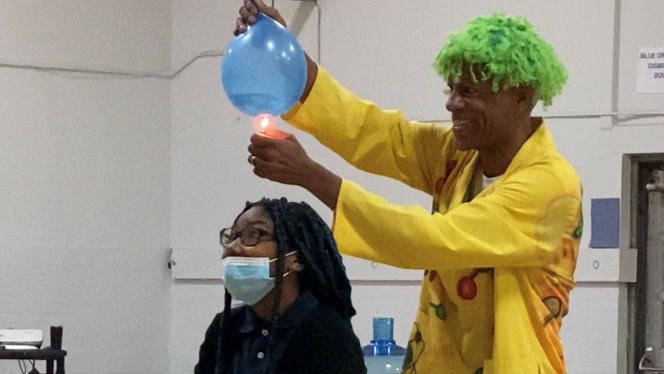 “Michael Green, better known as the ‘Science Machine,’ presented one of the most educational, mind-boggling, interactive science programs ever,” Dr. Ronnie Harrison, Emerson Academy of Dayton principal, said. “Emerson scholars witnessed jaw-dropping experiments that were consistent with state performance standards. The ‘Science Machine’ offers simple, easy to understand explanations of scientific principles for scholars of all ages. This was an exciting day of teaching and learning for our Emerson Academy scholars.”

Dr. Harrison invited the Science Machine to Emerson to get his scholars ready for testing. Fifth- and eighth-grade scholars in Ohio are required to take a science test in the spring. This is one of the methods Dr. Harrison is using to prepare students. 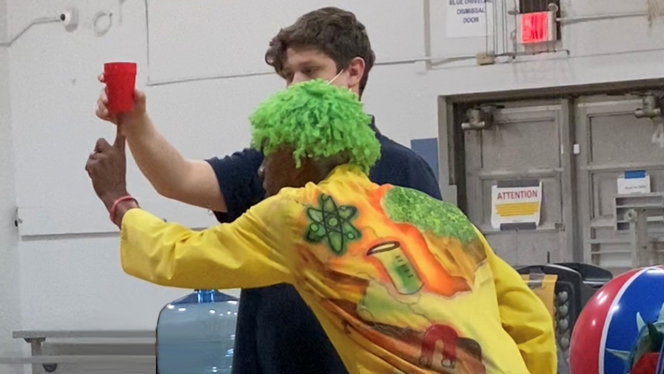 “I want to make sure that I give the kids an opportunity to see science from a different way, make it more exciting for them and hopefully we can get more kids interested in the field of science,” Dr. Harrison said.

One experiment had a scholar holding a cup of water over another’s head. Green taps the bottom of the cup before it is turned over and nothing comes out. He shows his two volunteers what is inside - the water has turned into a putty because of the chemical that it was mixed with. Green explained that it is the same chemical/material used in disposable baby diapers. The chemical sodium polyacrylate turns water into a putty-like substance when mixed with liquid.

“My philosophy is simple: No learning begins until the attention of a child is held,” Green said. “Students learn most effectively when they are excited and motivated about the subject matter. My organization, Science For Everyone (SFE), sparks the imagination and curiosity of children, encouraging students to investigate the wondrous fabric that science weaves in their daily lives.” 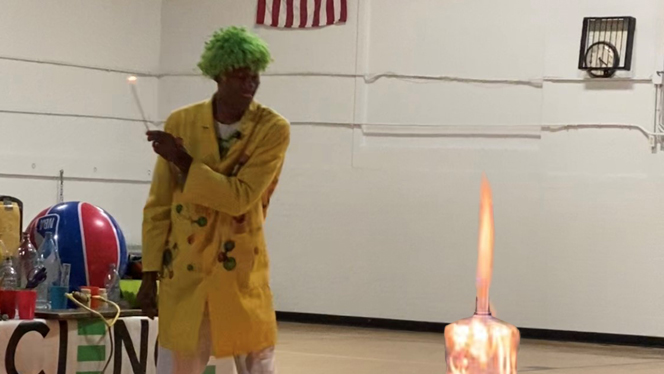 Another experiment had the Science Machine holding a balloon with water in it over the head of a scholar volunteer.

“I was really pleased that he explained what happened in the experiments,” Dr. Harrison said. “When the Science Machine held a water balloon over the head of a student, he then used a lighter and moved the flame under the balloon. Everyone thought the balloon would burst, but it didn’t because it was working to heat the water instead.”

Since Emerson is home of the Aviators, the Science Machine created an experiment to show the scholars how an airplane is lifted in the air. He used lightweight balls and a hair dryer to describe what happens when an airplane flies.

Other experiments involved glowing pickles and showing the students how their bodies conduct and transfer energy and electricity. 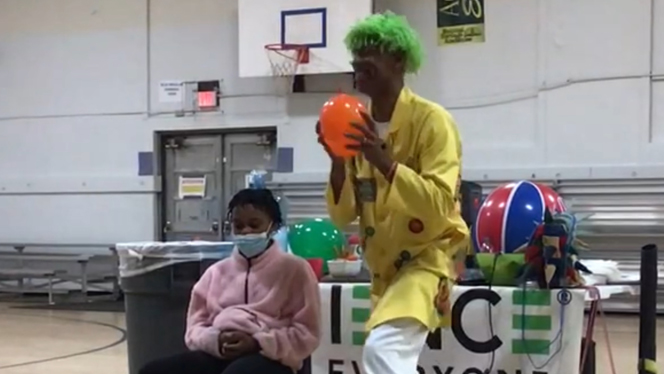 His last experiment used a household chemical that he poured into a 10-gallon container. The Science Machine pours it in before the students get there so they don’t try to replicate the experiment at home, and he pours the excess out before he lights it. It causes a whooshing sound and flames that die out as the chemical is burned.

Michael Green is a husband, father, graduate of Morehouse College and serves as president of SFE. The 20-year-old organization is based in Atlanta and committed to inspiring and educating the next generation of leaders, scientists, mathematicians, innovators, and engineers. SFE receives funding from the Steve & Marjorie Harvey Foundation.