There are plenty of ways to get to know students during a regular school year, but it doesn’t come quite as easily in a remote learning environment. That’s why one social studies teacher at Rolesville Charter Academy found an activity that would allow her to get to know her students, even with the distance.

Meet Amy Sheppard, a sixth- and seventh-grade teacher at Rolesville. Over the summer, she came across an activity where each student decorated a virtual locker. She tweaked it a bit to work for her middle schoolers, and the whole middle school ended up adopting the idea! 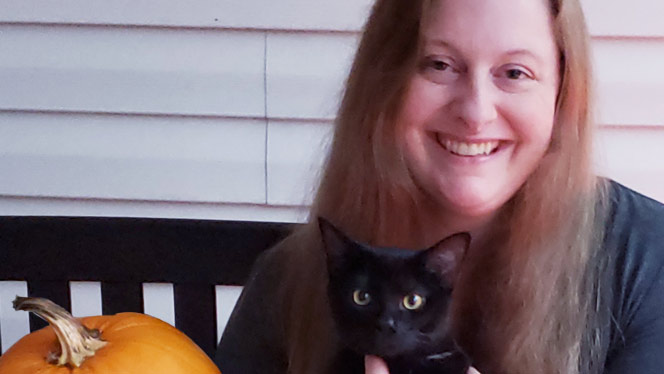 Students filled their virtual lockers, really Google Slides, with things they liked, which gave them the freedom to express what they find important. Some students attached photos of pets, places they’ve visited, their favorite shows, foods, and more. They could even share a place they want to visit and the college they’d like to go to.
When she came across the activity, she thought it was a unique way for students to show more about themselves. “The visual of the locker provided students with a fun template to decorate and show their interests and backgrounds,” said Mrs. Sheppard. “When we shared them in class, students were able to learn more about one another’s interests and identify commonalities. They sparked great conversations!” 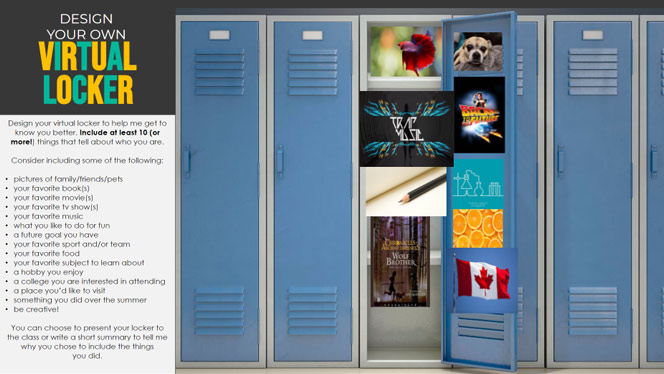 Though she has only been with Rolesville for two years, her impact on the school has not gone unnoticed.
“She has helped tremendously with building culture in our new middle school by designing activities that the entire wing ended up utilizing,” said Shelby Gorski, principal at Rolesville. “She is one of our best teachers in terms of communication with parents, and she’s done a marvelous job of helping keep the middle school team on track and consistent – she is a leader of her peers. She sows her positivity into people beyond her wing and is a positive voice even when overwhelmed.”

Because she places a lot of value in connecting with her students, and it’s been more difficult during this time, she’s been spending more time focusing on good news. Sometimes the good news section of her class sparks up conversations, and she lets it happen more so her students can connect in a virtual setting.

She believes that utilizing a few minutes of class to connect makes her students more receptive and builds trust. “The beginning of the year is usually filled with opportunities to get to know each other through games, scavenger hunts, icebreakers, etc.,” said Mrs. Sheppard. “This year limited those opportunities, so I think it was even more important to find new ways to build connections between myself and my students, and between the students themselves.”

Other than good news, her class discusses movies, books, sports, Moral Focus lessons, and the Moral Focus books. It’s important to her that her class shares stories and experiences so they can see what they have in common and learn to respect their differences, communicate, and develop trust. She wants them to encourage and support each other, and she believes that it starts with building connections.

As this is a passion of hers, it comes as no surprise that her favorite part of school is her virtual meetings with her students. “I have so much fun with my students and love seeing their excitement for the material,” said Mrs. Sheppard. “I love finding ways to keep them engaged and having them look forward to coming back.”

She takes it as a huge compliment when her students say, “Social studies is actually fun!”

Previous Post: IT Business Systems Analyst Supports NHA Teachers
Next Post: The Endeavor Student Who Came Back to Make A Difference