Veterans Day is a time to pay our respects to those who have served in all branches of the military. It has been a national holiday since 1938 and commemorates all American veterans who have served our country during war or peacetime.

At Excel Charter Academy, students and staff honored veterans by providing coffee and snacks and with an assembly in the gymnasium.

Army National Guard Jazz Guardians performed, along with Excel’s band and choir. A highlight of the event was the guest speaker, Jeff Edwards.

“Veterans Day is such an important celebration at our school because it gives our school community a chance to pause and reflect about the freedom that we have in our country, but also the courage that it takes from those who protect our freedom,” said Dan Bartels, principal at Excel Charter Academy. “This is not only a learning opportunity for our students but a meaningful way to show gratitude.”

A school-wide assembly was held at Grand River Academy and students invited family and friends who are veterans.

The gym was decorated with American flags and patriotic decorations, and fifth-grade students sang patriotic songs in honor of their veterans.

Mr. Dwayne Wright, academic and behavior specialist at Grand River, spoke to the students and attendees about why he joined the service and what it means to him. He was stationed in Afghanistan, Bosnia, Germany, and South Korea. Wright served for 15 years, including his re-enlisting after 9/11.

Veterans and their families were invited for coffee, juice, and donuts in another room which had notes from students, and each veteran received an American Flag pin.

“Our Veterans Day Assembly was important to us and our community because it is our way to say thank you to our veterans and demonstrate that we value their service to our country,” said Ralph Garza, principal at Grand River Academy. “It's important for students to learn the importance of Veterans Day and honoring and thanking our veterans.”

Students and staff at Landmark Academy at Reunion showed their appreciation by hosting a special honorary assembly. The school welcomed military members who are currently serving or who have served in the past to the school to show their respect and give thanks.

Leading up to Veterans Day, students from the school’s National Junior Honors Society collected photos of military members from the school to create a “Wall of Honor” to celebrate these individuals and show recognition for their willingness to serve. Students demonstrated their appreciation to the veterans by reading poems and speeches and broke down the Pledge of Allegiance to explain the meaning behind it. To show their respect and gratitude to those who risked their lives protecting our country, students wore red, white, and blue clothing.

Landmark wasn’t the only school decked out in red, white, and blue clothing; Achieve Charter Academy did this as well. Along with students dressed in patriotic clothing, they were also able to invite veterans they knew.

During the opening ceremony, veterans who attended were able to say their name and what branch they served in. Veterans were even treated to coffee and donuts!

A few middle school students read poems they created for our veterans, and veterans visited middle school classrooms to answer questions students had about their service or the branch of military they were in. To wrap up the assembly, there was a breakfast celebration where there were posters displayed and flags decorated with words of appreciation to their veterans.

“Veterans Day is a celebration, honoring those who have given up so much to keep our country free. Seeing the connection to students and staff at South Canton brings that connection home and allows students to feel proud of our veterans and their families,” said Fletcher Morgan, dean of upper elementary at South Canton. “It’s about making the connection that soldiers are human beings who have to put family and life on hold as they protect us and our country.”

Quest Charter Academy honored veterans from the school’s own families and community at a school-wide assembly where more than 15 veterans joined in on the celebrations. Each veteran was announced individually along with the branch they served in, their rank, and the years they spent serving. Students escorted each veteran to the front of the gym for their recognition.

Quest’s custodian also shared his experience serving as a veteran and thanked the school for recognizing those who serve. At the end of the assembly, each veteran left with a care package and enjoyed refreshments.

Thank you to all who have fought for this country. We proudly honored you on Monday, Nov. 11, and every day. 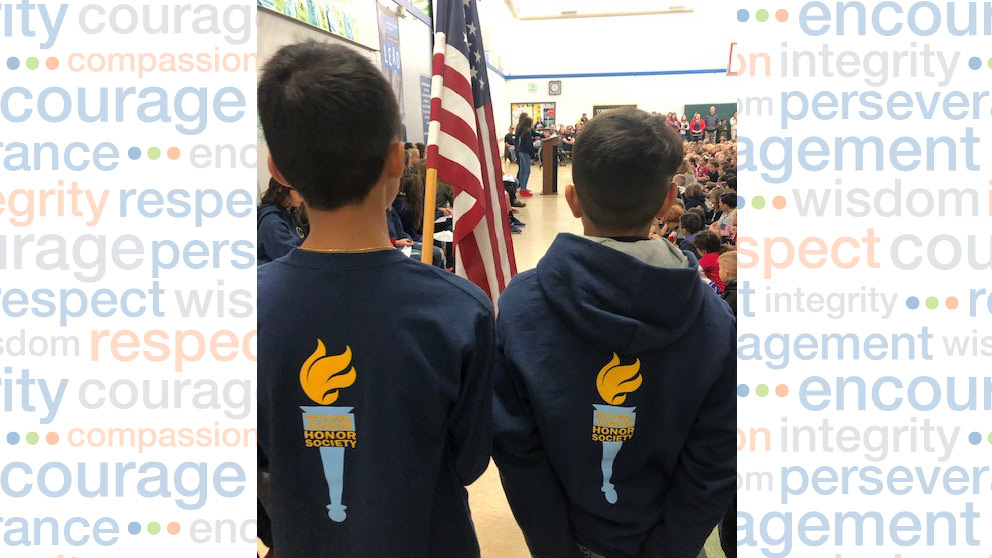 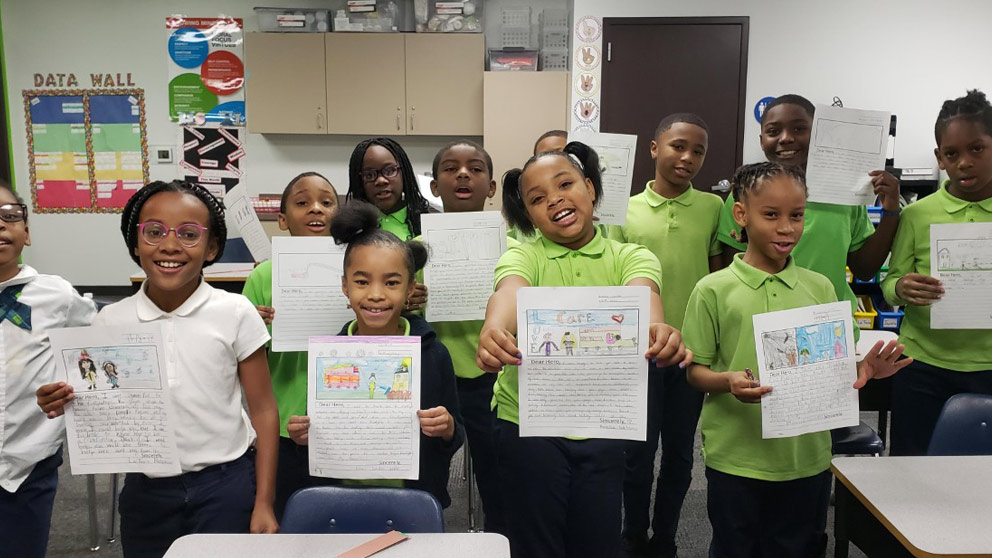