Gate City Educator Believes Everyone is a Math Person

Taylor Hucks, in her first year as a second-grade teacher at Gate City Charter Academy, tells every single one of her students that they are a math person, an idea she learned in college and strongly believes in.

Ms. Hucks recalls feeling indifferent about math until college when her professors challenged her preconceived notions and alternative conceptions about math.

“It's one thing to understand math well enough you can do it, but it's another thing to understand math well enough to teach it,” Ms. Hucks reflected. “When I realized that I had a very limited perspective of math, I became curious as to how much more I could learn. My scope was no longer being good at math to just be good at math, but I needed to build a better understanding for my future students.” 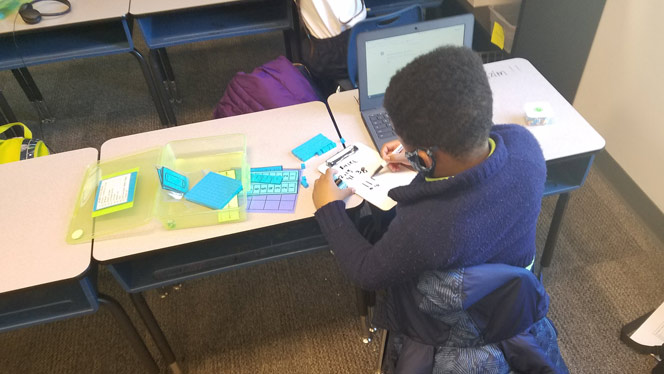 The belief that “everyone is a math person”, which she learned from a professor, has stuck with her throughout her undergraduate and graduate education, and now works its way into her classroom.

“No one is born innately ‘good’ at math,” said Ms. Hucks. “For one thing, you have to learn and understand our number system which is a challenge right out of the gate. Some people certainly do have more grit than others when it comes to learning anything, which might push them to progress at a quicker rate than others, but our brains are not wired to be ‘math brains’ or ‘not math brains.’ Math is very closely tied with perseverance. Engineers are not born naturally more advanced in mathematics than English majors. Our experiences shape our understandings and perspectives and, ultimately, who we become.” 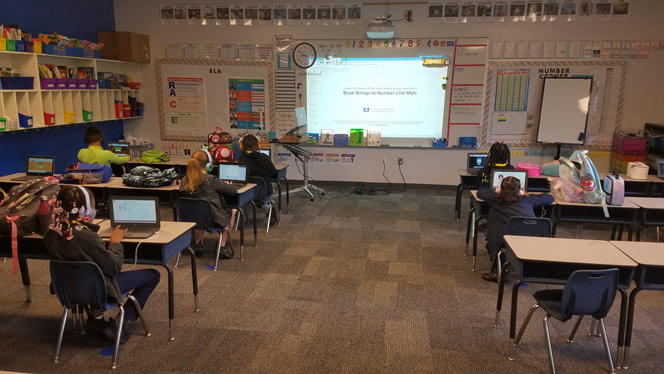 She believes that when students start to believe they aren’t good at something, like math, their motivation declines.

An article titled “The Myth Fueling Math Anxiety” by EducationWeek® stated, “Children aren’t born fearing math. Their anxiety tends to rise as they age, as they confront more challenging content and ‘exposure to other people’s negative attitudes to mathematics; to social stereotypes, for example about the general difficulty of mathematics or about supposed gender differences in mathematics,’ according to one recent analysis.”

So, she focuses on positive self-talk when it comes to math to combat this. 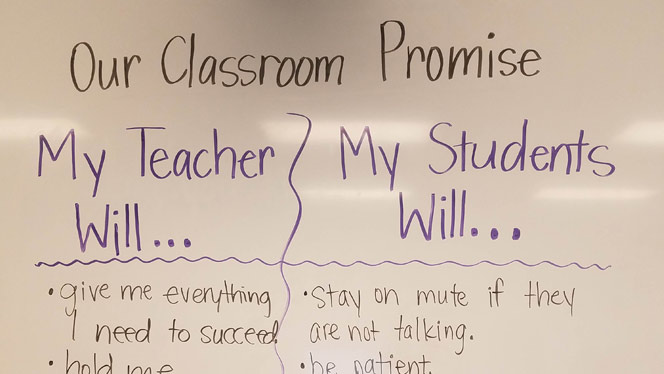 “There seems to be a very common belief that there are those that are ‘good’ at math and those that are not,” said Ms. Hucks. “The earlier I can eradicate this idea, the better. Simply hearing themselves say something along the lines of ‘I'm not good,’ puts this idea in their head, which makes it more likely they will believe they are not good. The more I tell them they will be good with more practice, the more likely they are to say it to themselves, and thus believe it.”

Her class also practices “power posing” before tests, which is a concept she read about and still uses herself. During “power posing”, she asks her students to stand up, plant their hands on their hips, and say: “I am going to do amazing!” She believes saying it out loud helps her students believe in themselves. 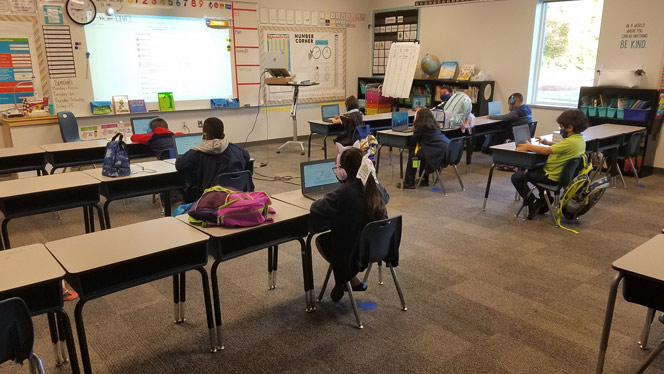 She teaches her class to celebrate each other on a regular basis, but she thinks that confidence that sticks comes from within.

“I am learning to speak more kindly to myself and to give myself more grace in my first year of teaching,” said Ms. Hucks. “I have seen much more of this on social media recently, grace is a big trend especially now. I don't know how many children are learning this, but I don't think you can teach this too soon to a population that soaks up so much already.”

Ms. Hucks is making quite the impact on her scholars in her first year, and it doesn’t go unnoticed.

“She is a first-year teacher at Gate City, but she is working hard to create the best experience possible for each of her students,” said Natasha Robertson, principal at Gate City. “She is an all-around team player and truly good for our school community and her kids! She has showcased true grit and grace in this season.”