Currently, in her 19th year at National Heritage Academies (NHA), Director of School Quality (DSQ), Nancy Kouba, built her career starting in the classroom and growing to her current leadership position by following two key leadership principles: authenticity and compassion.

Kouba’s leadership is grounded in a genuine relationship with her school community, including leaders and teachers, in addition to creating a solid working relationship with families. She shared that her children have attended NHA schools since kindergarten. The oldest recently graduated and is headed to high school, while the other is moving into sixth-grade for the upcoming school year. 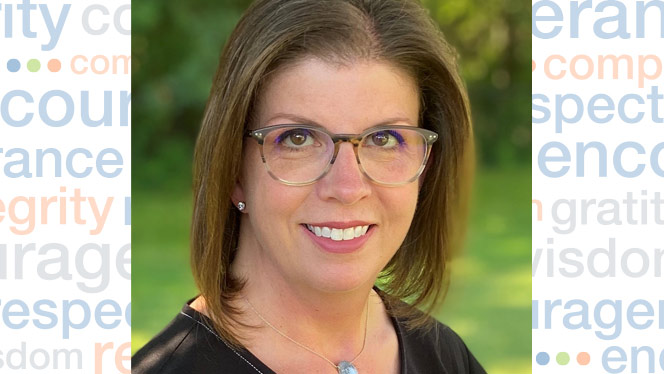 “I’ve always operated under the premise that my boys are getting the best education possible from the most dedicated teachers in Michigan, and that all of our students deserve the same,” said Kouba. “When I talk to parents, I tell them that our schools hire teachers who wouldn’t hesitate to have their own children attend the school at which they work.”

This personal tie to her schools, coupled with her desire to maintain a positive relationship with her school leaders, drives her daily service. “I try to provide authentic, real leadership,” she said. “Some days at schools are really tough. I try to provide reassurance to my leaders on these tough days that we’re in this together and that the coming days will be better.”

To Kouba, relationships matter and lay the groundwork for an effective team. She would rather focus on building positive relationships with her leaders than aiming to be perfect. “I think my former students or teachers would say that I care deeply for them. I want everyone to be okay,” she shared. “My current team would say that relationships are my primary focus. Once these are established, everything else will come. Academic results will come; engagement and satisfaction will come. You have to be open and transparent.”

While it may be apparent now that she found her calling, education was not originally the career path that Kouba planned to follow. She initially planned on becoming an occupational therapist and spent a year completing required classes for that career track at Wayne State University. Then, a single class changed the course of her career. Kouba enrolled in a children’s literature course, which led to her realization that education was the path she was meant to follow.

“The excitement I felt when we learned strategies to teach literature to children was just what I needed to figure out what I was meant to do with my life,” Kouba reflected. “I switched gears and got on the elementary education track and completed all my required courses as well as did the necessary pre-student teaching and student teaching in the next five semesters.”

Upon graduating with a bachelor’s degree in elementary education from Wayne State University, she taught in a local school district for four years before joining NHA as a middle school English Language Arts (ELA) teacher at Metro Charter Academy. During this time, former Metro principal, Andy Cook, served as a mentor to Kouba and suggested she consider going back to school for a degree in leadership.

Two years after she received her degree from CMU, Kouba became dean of middle school at Metro where she served for two years before being promoted to principal in 2010. She served in that position for an additional two years before becoming the founding principal at South Pointe Scholars Charter Academy. While there, she spent five years building the school’s academic and Moral Focus curriculum before transitioning to her current role as DSQ in which she’s been serving since 2017.

Through these experiences, serving in the classroom and working in various leadership positions, Kouba works to ensure her school leaders are adequately supported, and they have what they need to lead their schools.

“From classroom observations with the principal and deans to providing encouragement on tough days, making sure my school leaders are properly supported and have what they need to lead their school community keeps me going,” she said. One aspect of her role that drives her day-to-day includes watching people grow and better themselves. “I love watching people flourish and succeed,” she said. “It brings me joy and makes me feel like I’ve had a hand in something that people in other professions don’t get to do.”

Kouba reflected that she shares the same advice with her students that she does with her own children, “Work hard and be kind.  A strong work ethic will open doors for you in life.  Recognizing that everyone is fighting their own battle at any given moment and demonstrating compassion is incredibly important in all stages of our lives.” 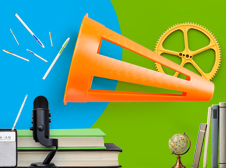 Believing in Others Makes All the Difference for This School Leader 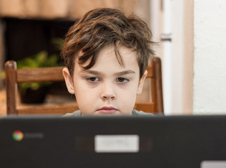