For an Integrated Co-Teaching (ICT) classroom to thrive, the two teachers need to coordinate their methods, classroom structure, and goals. Brooklyn Excelsior Charter School teachers Annabelle Scott and Bethlyn Ramcharran liken the balancing act to a marriage, and the results their scholars have produced show that the partnership has a rock-solid foundation.

Scott, the general education teacher, and Ramcharran, who teaches special education, use a combination of co-teaching methods to best suit the needs of their scholars in an ICT atmosphere, in which students with and without disabilities are jointly instructed. Four scholars have Individualized Education Programs (IEPs) in Excelsior’s second-grade classroom, but some are functioning on a kindergarten level, which makes for many moving parts for class work, exit tickets, assessments, and homework. 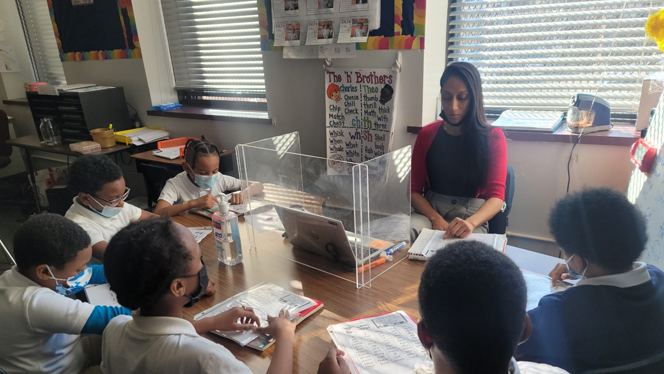 Scott and Ramcharran have achieved cohesiveness through four years of working together with a shared goal. Their rapport allows each of them to have a voice, know what the other needs or doesn’t need, and gets them on the same page when prioritizing scholars’ goals.

“It is a marriage. When you're getting to know someone, you know what their strengths and weaknesses are in being a wonderful partner,” Ramcharran said. “It’s just blissful.” 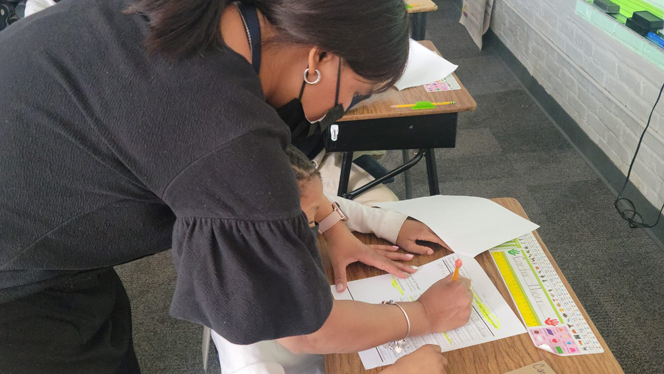 The two teachers use a combination of methods, including: That mixture of styles, along with a handbook that details structure for conduct, uniforms, homework, and general behavior, has created a family-oriented learning environment at Brooklyn Excelsior. 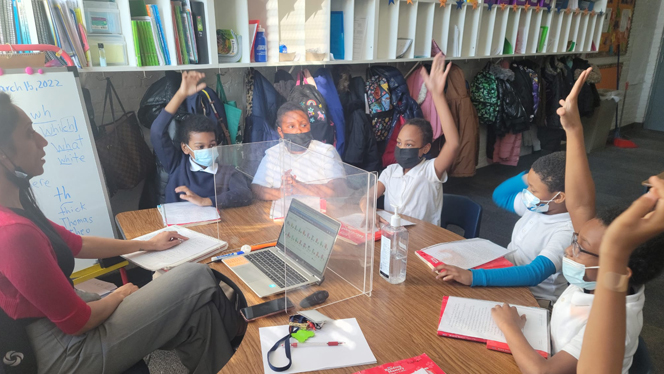 Said Scott: “It starts from the top. Once those things are in place, it’s just a very smooth transition when we all can kind of work as a team and that's something we really try to build with our parents.”

Remote learning because of the COVID-19 pandemic left some scholars having difficulty with reading, decoding, and phonics exercises once they returned to in-person learning. After devoting at least two periods each day to phonics, Scott and Ramcharran have been excited by the progression. 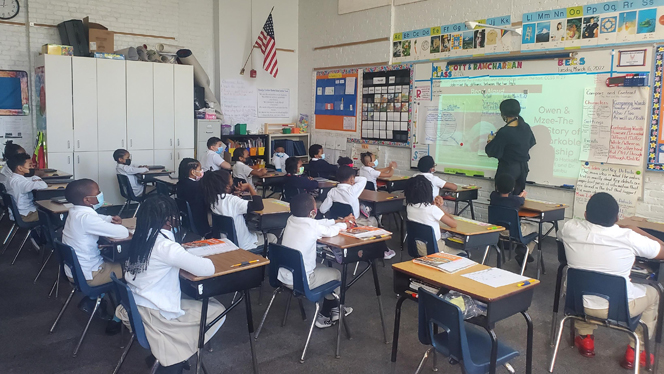 “Now, because we’re both in the classroom again, it’s like home again,” Scott said. “It feels much more natural.”
Scott and Ramcharran have seen scholars make great strides this year through small, customized group instruction with levels including red hearts, yellow pots of gold, and green clovers. The results aren’t just lucky; students have improved in AimsWeb and math numeracy assessments, the latter of which saw scholars go from 47% accuracy in the fall to 95% in the winter.

“It’s personalized for them, and it just works so much better,” Ramcharran said. “Everyone is pretty much on the same level in their group, and they can peer model and help each other. Everyone’s goal is trying to get to that green group, which is the green clover.”

Keep up the excellent work, Ms. Scott and Ms. Ramcharran!