What began as a video effort to support monthly Moral Focus presentations grew into a student-led production of “The Wizard of Oz” for a live audience at Warrendale Charter Academy. 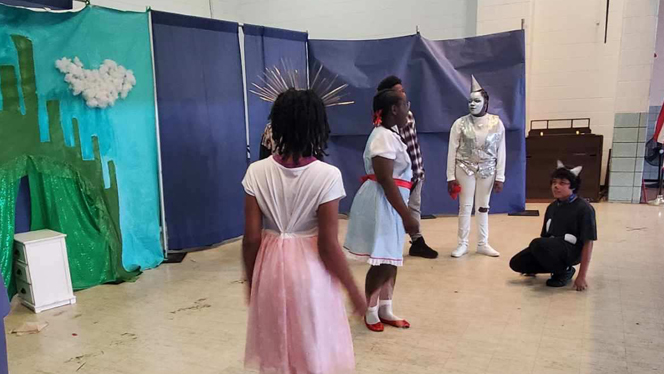 “The students involved would audition monthly to have a role in the mini plays,” Golick said. “Due to being virtual, we created storybook videos of images that followed the story. The students would then recite their parts over the video recording.”

That led to a broader interest in performing once students returned to in-person school. 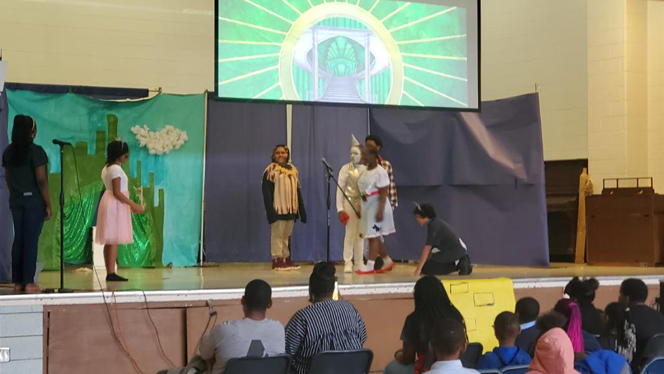 “Our plan is to increase the Moral Focus Moments to one per month (in person) as we did in the prior year, and to increase our play productions to two separate plays, one for December and one for the end of the year.”

For “The Wizard of Oz,” two students lead as co-directors: Laila Bell and Dewey Rambin. Both were part of the 2020-21 group who voted for this year’s production.

“These two held open auditions for students to gain parts in the play,” Golick said. “They auditioned up to 20 students to decide who would hold which role. They assisted in practices and directed students on positioning and projection. They also took a role in the day of the play by being the lead stagehand in the back (Dewey) and the narrator for the play (Laila).”

A highlight of the play was the melting of the Wicked Witch, played by Natalina Cawthon. 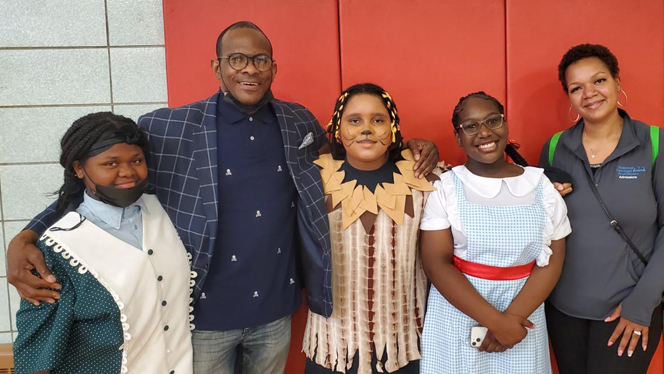 “The Evil Witch truly stole the show with her acting during the melting scene,” Golick said. “Additionally, when the students returned back to Oz and the Emerald City scene was revealed there were oohs and aahs coming from the audience.”

About 130 people attended the performance and the club is hoping to put on at least two plays next school year.