|  November 18, 2019
Have you heard of the Fibonacci Sequence? In honor of National Fibonacci Day, we thought we’d break it down in simple terms and give you some fun ways to get to know the sequence for yourself!

Fibonacci was an Italian mathematician born in the year 1170, considered to be “the most talented Western mathematician of the Middle Ages.” In 1202, he published a book called Liber Abaci where he introduced an approach that is known today as the Hindu-Arabic numeral system. The book introduced numeration with the digits zero through nine and the concept of place value. The book demonstrated practical uses of applying the numerals to banking and accounting. Obviously, the book was well-received!

According to Wikipedia, in the book “he posed and solved a problem involving the growth of a population of rabbits based on idealized assumptions. The solution, generation by generation, was a sequence of numbers” which later became known as Fibonacci numbers. In his “sequence,” each number is the sum of the previous two numbers: 0, 1, 1, 2, 3, 5, 8, 13, 21, 34, 55, 89, 144, up to the value of 377.

So, what does this look like in our world? Well, the Fibonacci Sequences appears everywhere throughout nature – everything displaying an aesthetic form of beauty and order has a corresponding mathematical calculation. For instance, the seeds of a sunflower, the spirals of shells, the curves of waves, and even the fact that we have two eyes or five fingers. We are really just scratching the surface in this blog, but click here for a deep dive on Fibonacci in nature, or here for a video to loosely explain the sequence to your kids. And to help them put Fibonacci on paper, here are some exercises you can do together. 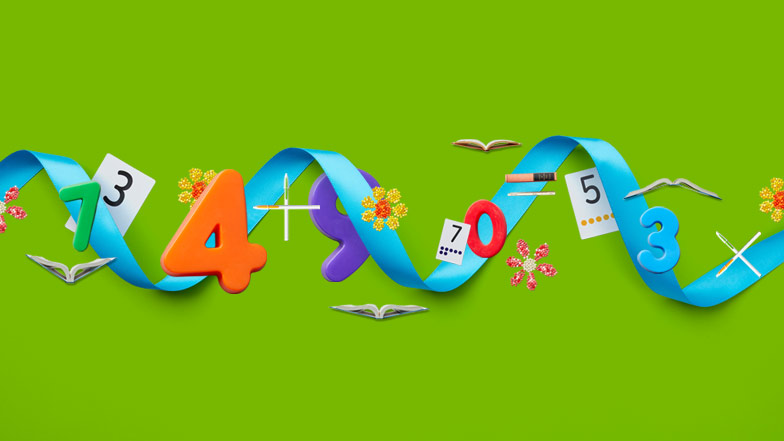