Students at Excel Charter Academy and Vanguard Charter Academy had the chance to reflect on how they see themselves and how they influence each other’s identity in an assembly that at times had the feel of a concert.

The gym was rocking and kids swayed with the beat as members of The Lion Heart Experience, a touring group from Detroit, moved around the gym and into the bleachers among the students. Consisting of Joe Vercellino, Tae Sosa, and Ron Byrd on the mic and Jeremiah Daniel on the beats, the Lion Heart Crew performed songs Oct. 6 and 7 at the schools and taught scholars to show their appreciation for each other and to have a sense of worth. 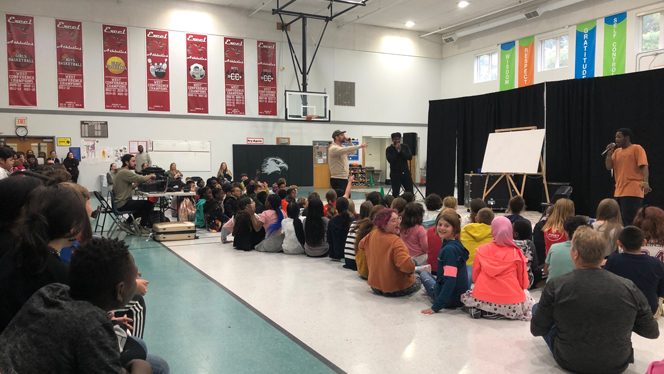 Interspersed among songs like “YouknowIloveyoudawg” – said quickly as a one-word greeting – and “Lions,” Vercellino, Sosa, and Byrd spoke and sang while splattering paint on an easel. By the end, the splotches were connected to form the image of a lion, showing the line between painting a mess and a masterpiece. 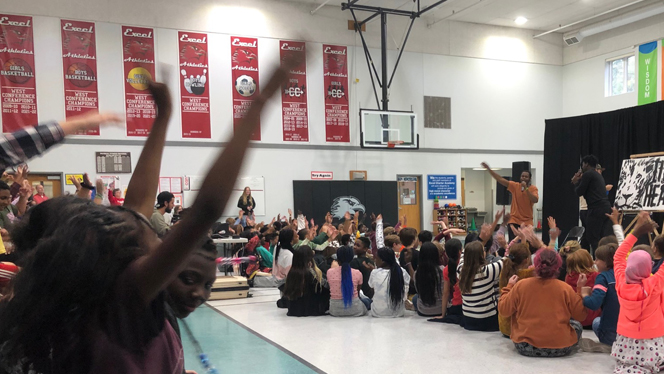 Vercellino, a Michigan Regional Teacher of the Year in 2021-2022 who now speaks in schools and trains teachers full-time, talked about how when he was a kid, he couldn’t figure out what his “thing” was inside of him that made him special. Instead of getting down on himself after scoring one point in a basketball season, he was reminded by his dad that he was a good teammate and cheered on others.

Vanguard Principal Mark DeJong said students will have a more positive view of themselves and look for more opportunities to help others see their own masterpiece in themselves after hearing from The Lion Heart Experience. 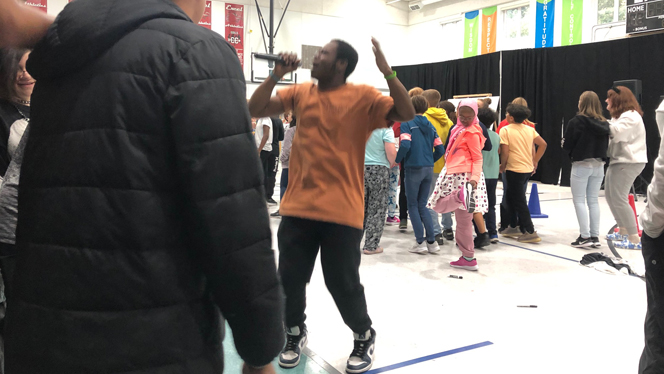 “The kids had an amazing time during the assembly through songs and stories and most importantly, they left feeling better about who they are in their hearts,” he said.