One Page at a Time, Vanguard Teacher Gets Scholars Hooked on Books

Consider Cassie Blanchard to be the unofficial book club president of Vanguard Charter Academy.
If a scholar is looking for a book suggestion, the fourth-grade teacher who has worked at Vanguard since 2004 is the person to ask. If a student doesn’t like reading, Blanchard will find a book that gets them hooked. Even if a scholar has given up on a book, Blanchard encourages them to push forward and find another author or genre that forges a lasting connection. 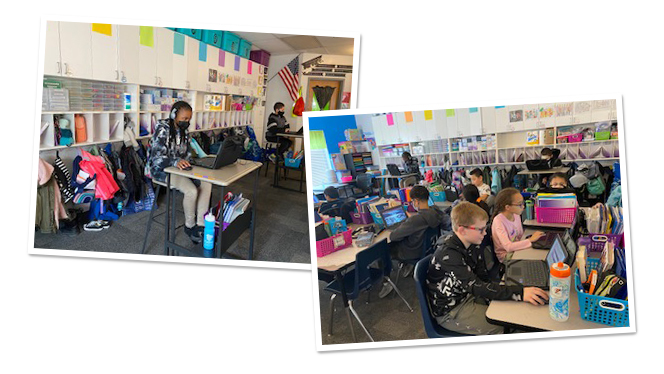 “I usually have kids who come back years later or, you know, who are either still in the building or even high school students who will come back and say, ‘Hey, I hated to read until I was in your class, and you got me hooked,” Blanchard said. “And that, to me, is way better than test scores or anything like that.”

Finding the right book for each student came organically as a game of trial and error that Blanchard has refined in her nearly 20 years at Vanguard. Once she gets to know a scholar (do you like real things, or fantasy?), she points them in that direction with a large classroom library at her disposal. If there’s no luck at the library, Blanchard looks far and wide to find the material that opens the literary floodgates.

“If I don't have it, I have no problem with pulling Amazon up on my phone and purchasing it and saying It'll be here tomorrow,” she said. “Sometimes I get it wrong. Assuring them that it's OK to quit a book, a lot of times they've never had a teacher tell them that they can quit a book, and so I tell them, I quit books all the time if I don't like it.”

The book series Blanchard initially suggests, along with classics from Roald Dahl and the “Harry Potter” series, include: Giving a student a series adds to the likelihood that they’ll tap into something they connect with; in a sea of books, it’s all about wading through the murkiness to find one book that hooks them.

“Sometimes I'll even give them a stack,” she said. “Read the first few pages of all of these and find one that you like.”

Blanchard’s push to make sure scholars find some connection to a fundamental aspect of learning such as reading might come slowly sometimes – one word at a time, one page at a time – but it’s been immensely rewarding. This year several of her students have increased their words per minute for reading and have shown more enthusiasm, eagerly awaiting the next school day once the current session is complete. It’s all by (or thanks to) the book. 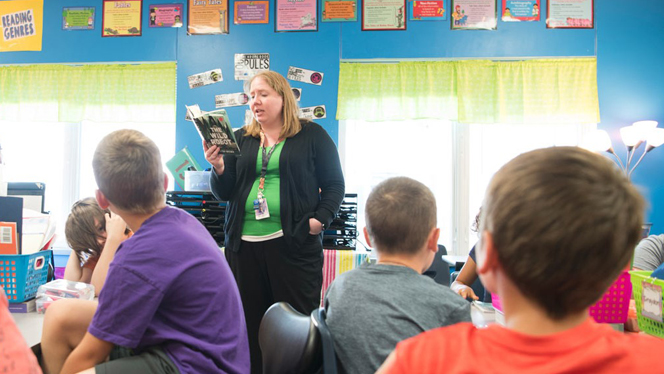 “I love helping kids figure out what scaffolding or little steps might be to help them reach their goal, and for each kid, it's not the same thing,” she said. “To me, that's the best part – figuring it out. What route do we have to take to get you where you need to go?”