Close your eyes and think about your most vivid memory from elementary or middle school. Do the corners of your mouth start to curl into a smile? Would you want to go back there if you could? Carly Hourani and Hannah Jung have gone back, and they’re helping shape the dreams of the next generation of Excel Charter Academy scholars.

Excel was the first charter school opened by National Heritage Academies (NHA) in 1995, and the staff there made enough of an impression on Hourani and Jung as students to draw them back to join in the fun professionally.

In celebration of National Charter Schools Week, here is their story. 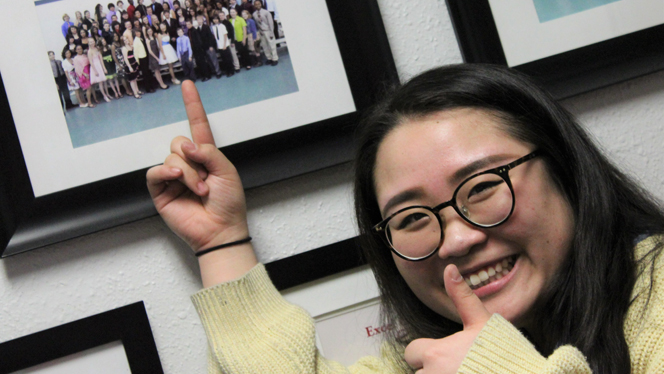 Hourani has taught at Excel for five years and just moved from teaching sixth to eighth grade this school year. Jung is in her first year as a full-time teacher with first-graders.

“I loved it as a student,” Hourani said of her time at Excel. “I think sometimes you romanticize things, but I look back at my time here and I always just feel warm and fuzzy.

“I remember always wanting to go to school, and I don’t think kids feel that all the time; I just attribute it to the environment and to our teachers. I felt like the teachers really cared.”

“I think Excel has a special feel as the first NHA school because of our history and the positive sense of pride that comes with that,” Bartels said. “Carly and Hannah were students and are now back as teachers, and we also have former students, now as parents, who have enrolled their children at Excel.”
Bartels said both Hourani and Jung add to the culture of Excel because they are passionate about carrying the vision of NHA and Excel forward. 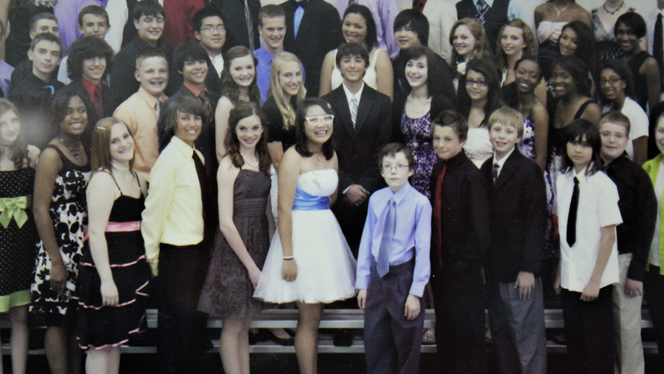 Hannah Jung realized her love for Excel after moving overseas with her parents. She had attended Excel since kindergarten and struggled through one semester in South Korea. It wasn’t a good fit for her. She fell behind in her studies and said teachers didn’t dedicate their time to students who were underperforming.

“I couldn’t stand it. I came back to Excel after half a school year,” Jung said. “I moved away from my parents, away from Korea, and I came back here to live with my grandma and uncles.

“The reason why I became a teacher was because I have experienced feeling good in school, and I also had the feeling of being behind in school, from when I moved. It just put me down when teachers weren’t really paying attention to me because I wasn’t doing as well. I don’t want students to feel like that, even if they’re behind.”

Jung said she wants her students to be proud of who they are and to be independent.

“If they’re behind with schooling or socially, I don’t want the student to feel bad about that,” she said. “I want to make sure they’re feeling good and that they’re doing their best.” 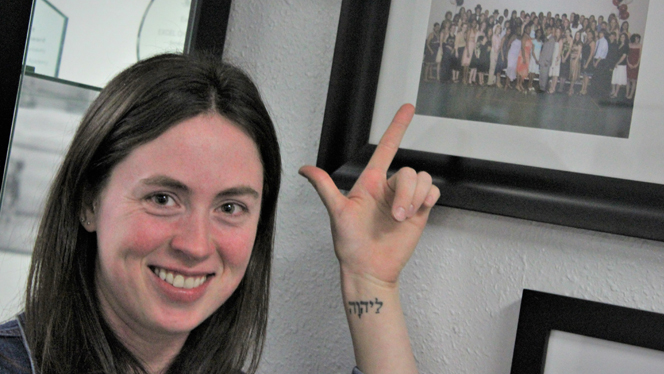 ‘Why would you come back?’

There are about 10 teachers and office staff still at Excel from the time period Hourani and Jung attended the school, and when students learn about Hourani being an alumna, they look at her skeptically and question her.

“They’re like ‘why would you come back?’ I say ‘guys this is the best place ever! Don’t you love it?’ They’re in eighth grade, so they give me that questioning look, but they’ll go right out to find the eighth-grade graduation pictures of us because those are still hanging on the wall by the gym.”

Hourani said her students will mention a challenging lesson in science class, and she’ll tell them something she learned from Al Smith, who still teaches science at Excel, and they’ll be awestruck about the connection.

“I’ll say, ‘guys, remember? I went to school here. Who do you think was teaching me science if it wasn’t Mr. Smith?’ I think that comparison weirds them out. They’re like, ‘oh you actually know what we’re going through, you have literally sat in our seats and done what’s been asked of us.’” 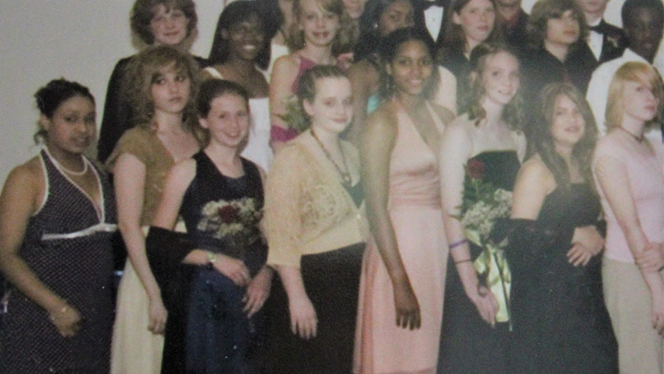 Jung said she struggled while searching for the right teaching job last year. After subbing at schools in Lansing and Grand Rapids, she realized her challenge: She was comparing them all to Excel.

“I think the biggest thing for me as a student and a teacher is the diversity within the students,” Jung said. “That was super important for me. Growing up I realized how important that is. I tried so many different districts and tried subbing, but there just wasn’t the diversity that I was looking for.

“Excel is super diverse within the student body, and I think being exposed to that, with so many friends coming from different backgrounds, that kind of helped me form how I live life. I think that was a big thing that drew me back to Excel when I was looking for a job last year.”

The goal for both Hourani and Jung is to become the type of teachers from whom they learned so much during their time at Excel. Hourani was able to pinpoint those admirable traits.

“I think the teachers I remember the most are the ones who made you feel the most seen and were the most relatable,” she said. “It’s because they give you life lessons.”

She recalled moments in eighth grade math class where her teacher would pause the lesson to dive into a social topic on everyone’s minds. That teacher, Ryan Winter, is now a middle school dean at Excel.

“I remember Mr. Winter would scrap his math lesson for 10 or 15 minutes and say, ‘we need to have a conversation about this’, and he would just explain how things work in the real world,” Hourani said. “I remember those conversations just as much or more than any of the math lessons he taught.”

Those moments created valuable trust between Winter and his students, Hourani said. Students could rely on him to understand the need for discussion. They always got back to exponents and equations, but there was a need to ask questions and air opinions, and Winter realized that.

“I want kids to leave here knowing that somebody loved them,” she said. “I want them to know that somebody is going to connect and be there for them. Making those connections is so huge.

“It’s such a vulnerable time in their lives, you have way more power than you know to influence and love.”