BUCS Alumnus Is Doing Great Things in Buffalo & Beyond

Demere Coker, a Buffalo United Charter School (BUCS) alumnus, is a well-rounded young man. This 22-year-old is a partner in a business, recently published a book of poetry, just received his bachelor’s degree, intends to get his master’s degree, and just became a BUCS employee as the educational technology coordinator.

Coker attended BUCS from kindergarten through eighth grade, graduating in 2013. In May he graduated from the University of Buffalo (UB) with a bachelor’s degree in psychology and a minor in sociology.

“Demere was always a great student. He was serious about his work and ensuring that it was of high quality, but he also enjoyed learning – there was a joy factor,” said Jaime Peld, Coker’s sixth-grade teacher and now middle school dean at BUCS. “I taught social studies and Demere liked to debate. He was always very articulate and well-spoken, even in sixth grade. He would come prepared with factual arguments.”

While attending college, Coker became an entrepreneur. In his freshman year, he and his business partner, another freshman at UB, started DNC Clothing. It is an affordable custom clothing company, and they do vinyl imprints on all types of clothing and hats. Between Demere and his partner, they take the orders, do the imprinting, packaging, shipping, invoicing, and take care of all aspects of the business.

“I’ve always had an entrepreneurial spirit. My mom and dad are like that too, self-made individuals,” said Coker. “I love being creative in fashion. It’s a way to show off my passion and give back by making these custom clothing items affordable.” 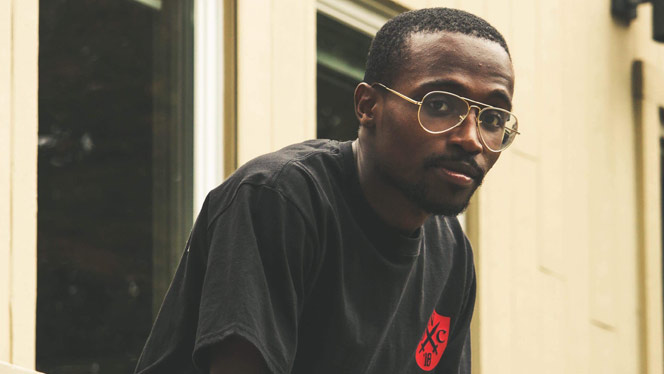 Coker plans to continue his DNC Clothing work by opening a second location when he relocates to Maryland to pursue his advanced degree.

Looking back at his time at BUCS, Coker remembers enjoying writing from a young age. His passion for poetry was instilled in him early on by his grandfather who ignited a creative spark in him by telling a countless number of stories from his personal life. Coker started writing poetry in high school.

When the pandemic hit, Coker had a lot of time on his hands, and decided to go through his poems. He decided to produce his own book of poems which was recently released called Irrational Love. His book is divided into three sections: Euphoric Love, Dysphoric Love, and Wandering Thoughts. The book is self-published and can be purchased on Amazon and Barnes & Noble.

“His writing ability was always above his classmates so when he reached out about being a part of his team to read and give feedback on his book, I knew it would be amazing,” said Peld. “Demere is a deep thinker and is able to articulate well. His book reflects those abilities, and I would highly recommend it to anyone.” 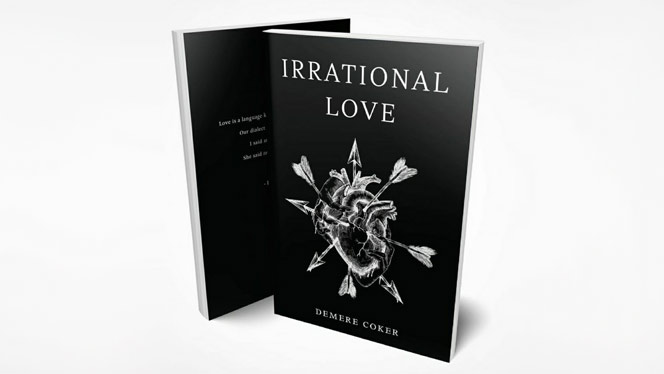 On August 19, Coker spoke to the BUCS middle school scholars. New students were invited so they could meet current students and start building strong community. Copies of his poetry book, youth edition, was given to the first 25 students.

One photo has Coker standing beside Robert Lowery who worked as a site supervisor in the Boys and Girls Club department at BUCS when Coker attended. Lowery and Coker connected to each promote their newly published books together. Lowery’s book is titled Effective Mentoring.

After leaving the Boys and Girls Club about six years ago Lowery formed RL Experience which is a consulting service focused on youth development, leadership, and community engagement. Lowery is also a BUCS Board member.

Looking ahead, Coker plans to get his master’s in clinical mental health counseling at Bowie State University in Bowie, Md. He would like to work with adults with substance abuse and mental health disorders.

“My sister has a master’s in social work degree and is planning to move to the Washington, D.C. area, near where I will be,” he said. “She is most interested in working with kids. Our goal is for us to open a family practice.” 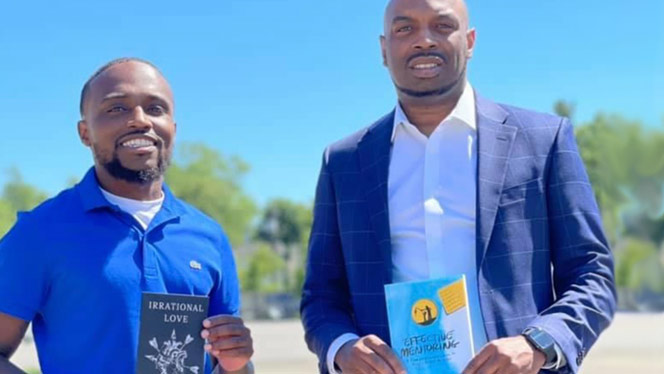 When asked about his time at BUCS, Coker believes it was pivotal to his career as it made him more social and interested in interacting with people. “I believe it laid a solid foundation for me. I was able to flourish, grow my talents, participate in my classes and in sports too,” he said.

“The fact that he has gone on to achieve so well academically, as well as an entrepreneur and author, does not surprise me,” said Peld. “You could count on Demere to help out in class and do the right thing. He was always an example for his classmates. I have had the privilege to watch him grow up and this high moral character has continued into adulthood.”

Keep an eye on this young man; he is doing great things in the city of Buffalo. His next stop is Maryland while he works part-time at BUCS and continues his DNC Clothing business.
Share
Tags