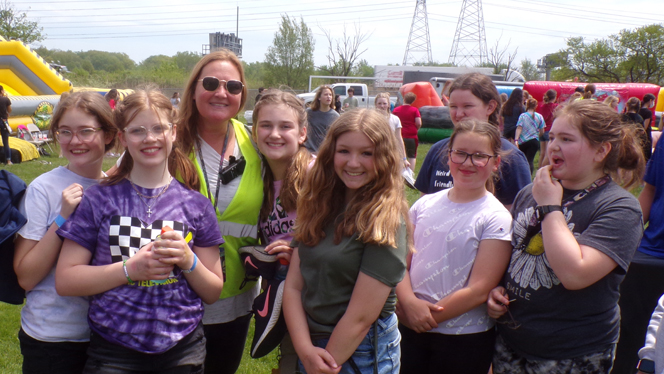 Math Mania started in the 2015-16 school year when Amy Tansel was the principal. Instructional Coach and Math Specialist Amanda Wickenheiser worked with Tansel on the project and then Wickenheiser became the organizer.

“We looked at grade level standards and we created certain expectations,” said Wickenheiser. “For example, by the end of third grade, students should have multiplication facts mastered up to 100. So, their assessments for the Math Mania quizzes are created based off grade level standards.” 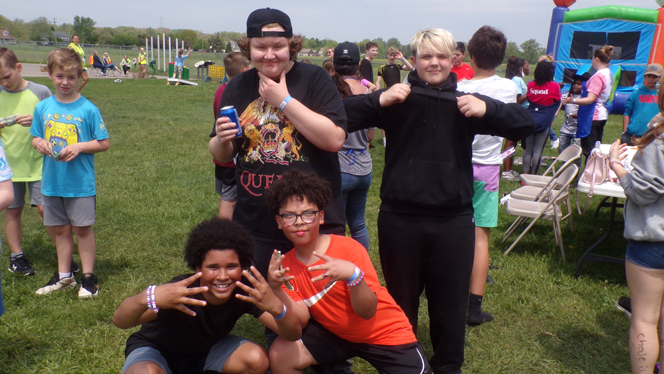 These young men are looking Avenger-like.

The math challenges include timed math fluency tests in:
Students in first through third grades take addition and subtraction tests, and students in fourth through eighth grades take tests in multiplication and division. The number of math problems in the test varies by the grade level from 20 math problems up to 100.

Challenge tests are given by the classroom teacher. Students can continue to take tests until each level is passed.

“Some students pass the tests early in the year, others not until April, even May,” Wickenheiser said. “An average 96% of students passed the first test, and 79% passed the second test. The challenge was modified a little bit this year so that everybody could go to the celebration, even if they didn’t pass the second test, those students were able to go for an hour.” 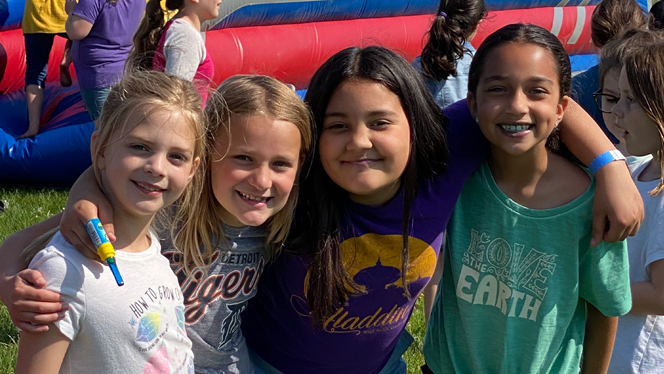 Students take a break for a smile with one of the inflatables behind them.

Because it had been a few years since the Math Mania Challenge was held due to COVID-19, everyone could spend some time at the celebration, Wickenheiser explained. Those who passed both tests were able to spend the morning or afternoon there.

“We wanted the students to get an idea of what it was all about, refresh their memories, so we modified the rules a bit this year. Next year we will go back to the original schedule and plan for testing,” Wickenheiser said.

Progress is tracked by Wickenheiser, who then added individual students’ names to the Math Mania Wall in the school. Wickenheiser chose an Avengers theme. Each class was assigned a different Avenger and the students’ names were added to an Avenger shield for each classroom. Students received a star for each assessment test they passed. 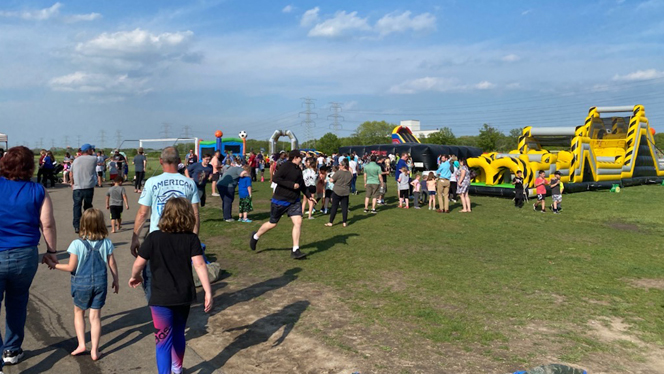 The Math Mania Celebration was held at Triumph Academy with 14 different inflatables, carnival games, and food.

Triumph’s back field was filled with 14 different inflatables such as an obstacle course, gladiator jousting, laser tag, a mechanical bull, Hungry, Hungry Hippos, and much more for children and adults of all ages. There were also a lot of outdoor games like corn hole, Jenga, and Connect Four. There was a concession stand that offered lunch and a variety of snacks, candy, ice cream, and slushies.

Kindergarten through fourth grade were able to play and celebrate in the morning and the fifth through eighth grade students could enjoy the games in the afternoon. At night, families were able to come for a small admission fee and enjoy time at the Math Mania Carnival Celebration.

Triumph Academy is a tuition-free, public charter school in Monroe, Michigan, serving students in kindergarten through eighth grade. It is part of the National Heritage Academies network, which includes over 95 tuition-free, public charter schools serving more than 65,000 students in kindergarten through 12th grade across nine states. For more information, visit nhaschools.com.
Share
Tags