With eyes fixed on a future filled with performing, Peak Charter Academy student Aiden Defillo got his first chance on the mic earlier this month after his mother won a local radio contest.

The eighth grader spent an hour as part of a special DJ University hosted by WRAL FM in Raleigh, N.C., and was able to cozy up to the microphone to share his thoughts and favorite music.

“He did an awesome job,” his mother Christine Defillo said. “He really let his personality shine through and seemed very comfortable.” 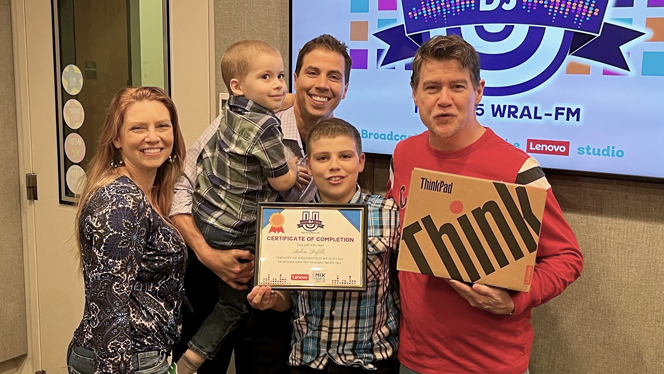 Aiden has hopes of becoming an actor and rapper, so the airwaves could be in his future. He was excited about the opportunity to mention his friends’ names on-air and share a little about himself. WRAL DJ Doug Miller guided Aiden through his broadcast time.

“I like to play and watch football and my favorite team is the Kansas City Chiefs and it happened to be Doug’s favorite team as well,” Aiden said. “I also talked about how I make movies with my friends and write rap songs.”

Christine said Aiden was a bit nervous at first but calmed quickly as his outgoing personality took over.

“He is really friendly, outgoing, talkative, makes friends super easy ... pretty much with anyone he meets ... he brings a variety of people together,” she said. “He is also really goofy at times, full of energy, creative and very polite and respectful towards others.” 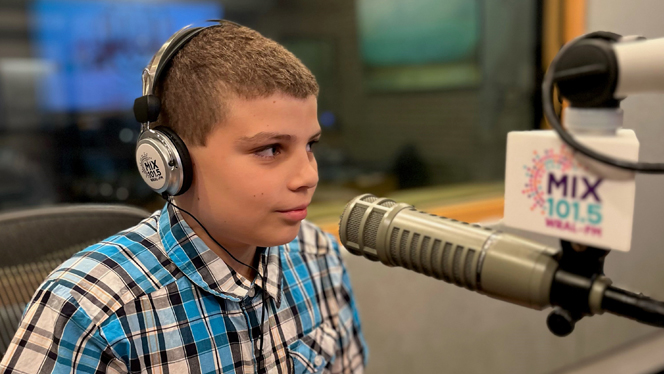 As his family watched nearby, Aiden provided shoutouts to friends, neighbors, family, teachers, and classmates. The moment also provided the opportunity to develop his on-air voice.

“I have a passionate and excited voice,” he said, noting that he added a bit more energy for the radio. “Just my regular voice but with more excitement.”

Aiden also shared that he and his family were in the process of creating a holiday decorating YouTube channel called “The Holiday Family.”

Look and listen for big things from Aiden in the future.