New DSQ Barajas Never Envisioned Being a Longtime Administrator, but is Extending Her Reach

Being an administrator was never something Wendy Barajas strived to achieve. She enjoyed the classroom atmosphere, teaching music for nearly eight years at Greensboro Academy and Forsyth Academy. 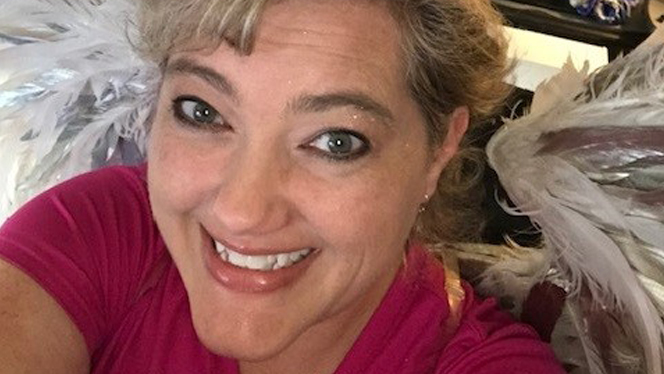 Wendy Barajas previously served as principal at Forsyth Academy.
“At the time, our middle school really needed a complete overhaul,” she said. “I noticed that they needed some guidance and some direction. I had the opportunity to put my stamp of impact on that middle school and about two years was able to turn that middle school around to be successful and have full enrollment. For me, I then realized this was something that I wanted to do; this was the impact that I knew I needed to make.” 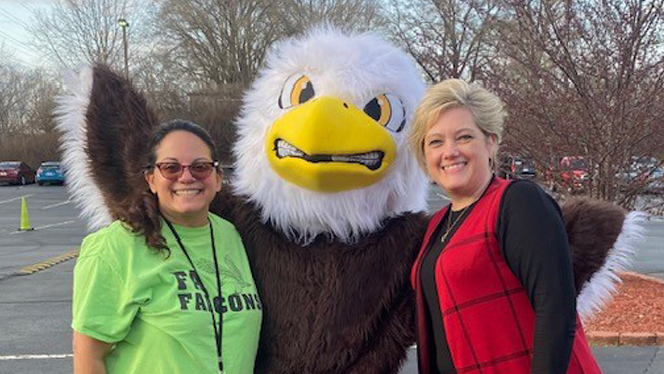 Wendy Barajas, right, was principal at Forsyth for more than 20 years.
Barajas felt she had reached her ceiling at Forsyth but also knew the school was in good hands with her becoming a DSQ.

“I realized that there were up and coming leaders at (Forsyth) who needed to be able to be in leadership positions, and I was the one who was holding them back,” she said. “For me, I really started to look again at where I can make an impact. I knew that I was able to make my impact even bigger across the state of North Carolina and for me that really was exciting.” 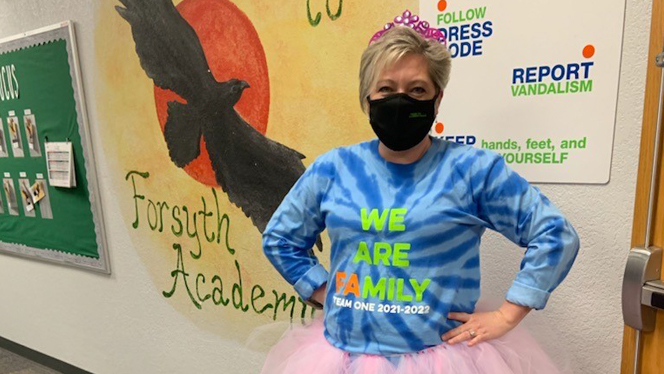 While at Forsyth, Wendy Barajas was known to dress up for the community trunk or treat event or for Read Across America.
With seven leaders at seven schools to oversee, Barajas has focused on building relationships before addressing needs such as NHA’s focus on ABCDs (attrition, behavior, chronic absenteeism, and development).

“I just wanted to listen, I wanted to learn about the people that I would supporting,” she said. “I wanted to see the needs that each school had that I also wanted to develop relationships.”