Charter School Instructional Coach Pitches in by Returning as a Teacher

Kim Brisson hadn’t been a teacher for quite some time, working as an instructional coach for the past 11 years at Linden Charter Academy.

But her previous eight years teaching, combined with a shortage of teachers at the school, led her to return to the classroom educating first, fifth, and seventh grade all in the same school year. She was named a winner of the 2020-21 National Heritage Academies Excellence Awards but downplayed the honor, saying she was just filling in as needed.

Brisson’s path to becoming an instructional coach began when Linda Caine-Smith was hired as principal at Linden and wanted to invest in coaching for the teachers in a school that lacked a writing curriculum. Every teacher would get coaching through a writer’s workshop, with a couple people coming in whose sole job was to coach English Language Arts. The training, which coincided with Brisson getting her master’s degree, set her on a path to use her reading and writing skills in a new setting.

“The position has actually been a really wonderful position, especially because of my background in writing,” she said. “It’s been nice to be able to work with teachers using curriculum that I really believe in. I think that there's a lot of great strategies.” 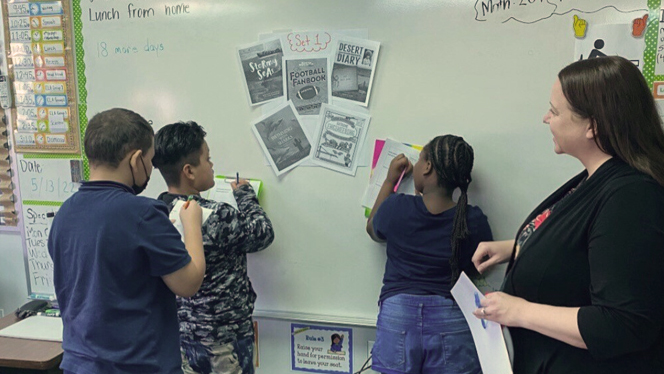 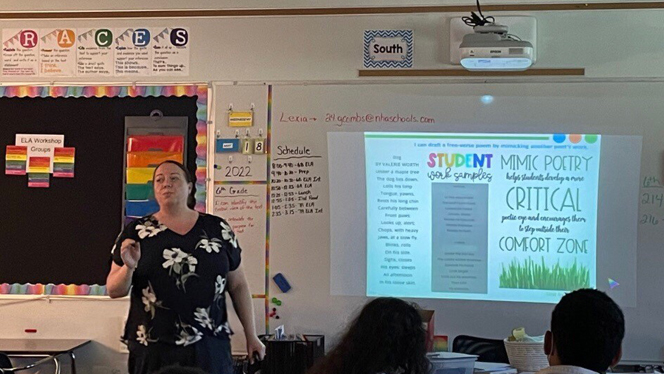 Being a writing instructional coach allows Brisson to help improve a portion of the curriculum. She remembers one area in which students needed improvement was planning for a writing portion of a state test.

Brisson’s solution was to structure an essay like a house, with the introduction as the roof, the body paragraphs as bedrooms, and the conclusion as the basement. The simple blueprint gave scholars the framework they were lacking. 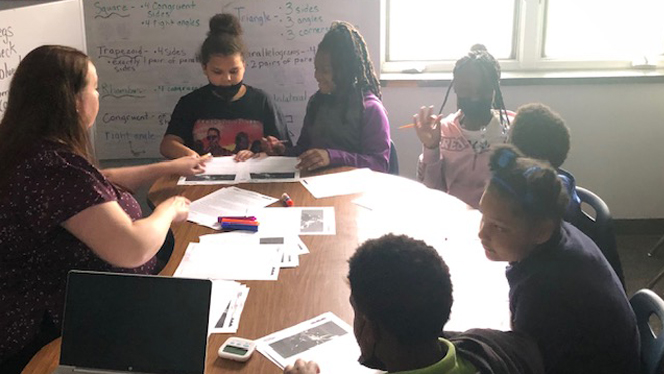 “From all three buildings, they were like, ‘Wow.’ These kids got their piece of paper and immediately, they start drawing their house. They're looking at what the prompt is and they start writing it in,” she said. “One of the deans at North Saginaw, she said, ‘Oh my gosh, Kim, thank you so much. From third grade up to fifth grade, it didn't matter what classroom you stepped into, that's exactly what the kids were doing. Even our struggling writers are confident that they can at least make that happen. They might not be able to turn that into a five-paragraph essay, but they can take their plan and they can create an organized piece. That will still get them where they need to be.”

Brisson said she has strived to build relationships as an instructional coach with the teachers in the same vein as a teacher connecting with a student. 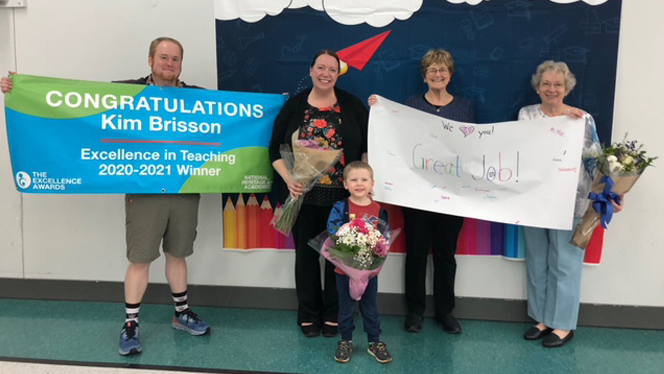 This is one in a series recognizing winners of the 2020-21 NHA Excellence Awards, a program that honors educators, deans, and administrative teams across our network.
Share
Tags