All the elements of cooking – a valuable skill that requires knowledge in several areas – made it a natural choice to be implemented in Tia Fletcher and Tonia Purvis’ classroom at Wake Forest Charter Academy.

Fletcher, a special education paraprofessional, and Purvis, a special education teacher, have an adaptive class that focuses mostly on learning life skills. To have the students cook – which requires communication, math, attention to detail, quick thinking, and more – on a monthly basis turned out to be a deliciously satisfying decision. 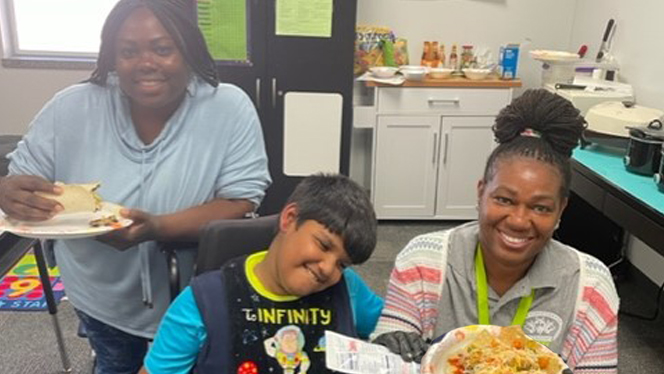 Tia Fletcher, left, and Tonia Purvis show off some tacos with a student.

The culinary crash course kicked off with an easier meal of tacos and followed with a Thanksgiving feast just before the holiday break. Purvis said they talked about various ways to make tacos for about two weeks before diving in, and the kids came up with their own menu for the Thanksgiving feast.

“One of the kids just happened to say that they wanted to do tacos and I thought that's probably the easiest thing we could do starting off,” Purvis said. “That’s kind of how we got started in it. We just went from there and I started looking for kid friendly recipes. 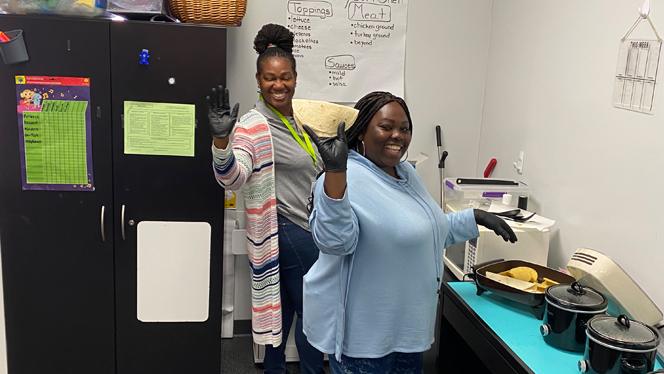 “We had to stop them from eating.”

The kitchen time gave students the opportunity to measure water and spices. Their attentiveness was tested when browning the meat and while taking turns to check on the beans frequently enough so they wouldn’t stick to the bottom of the pan.

The students prepared three meat choices, chose the taco toppings, and set up a buffet-style restaurant in the classroom. In addition to testing their cooking skills, the restaurant atmosphere gave scholars a space to work on their conversational abilities. 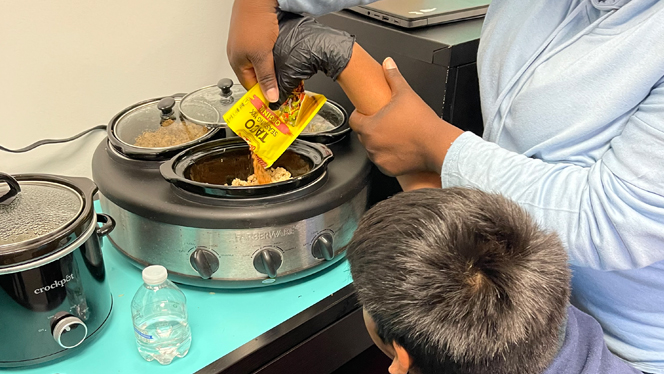 “The children had to come to us, they had to look up at the menu and tell us what they wanted on their taco,” Fletcher said. “They really had to use those life skills, too, to talk like when you go in a restaurant and the waiter comes up to you and asks what you want to order. That was also a part of the skill lesson.”

Both Fletcher and Purvis are in their first year at Wake Forest.

Fletcher, who is originally from Ohio, previously worked in hospitals for 13 years. She sought to do something different and ended up loving the work she did in a multiple disability classroom in 2014. 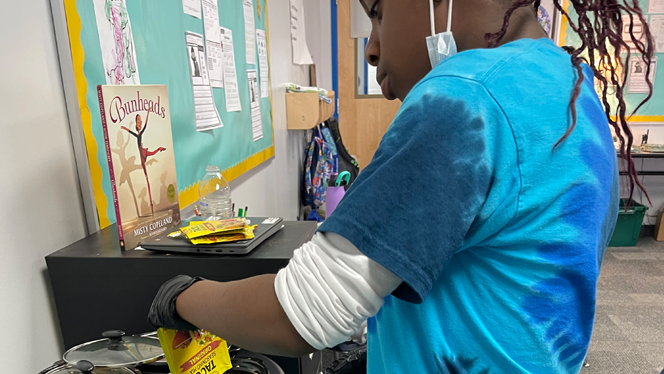 Purvis, who had worked in clinical research for about 20 years, became an adaptive classroom teacher after her own child was diagnosed with autism at 4 years old.

“Both of my kids are grown, and I just wanted to do something different where I felt like I could make a difference, so I went back to school and got my license in adaptive curriculum,” she said. 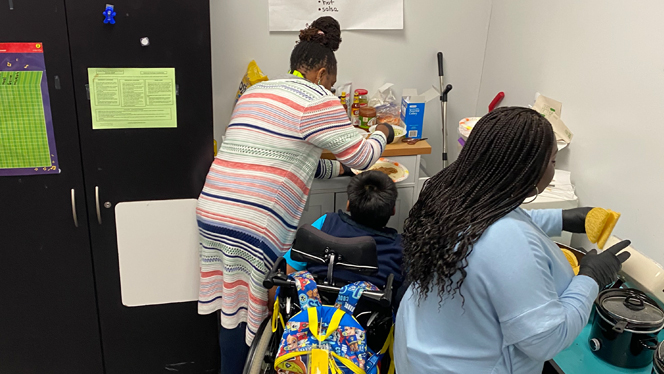 Keep up the excellent work, Ms. Fletcher and Ms. Purvis!