River City Scholars students recently experienced science in full force, heading to the gymnasium for an interactive lesson incorporating Tug of War to gain a hands-on understanding of Newton’s Laws of Motion.

River City's science teacher and physical education teachers teamed up for the interactive lesson, aimed at helping students explore force, net force, and gravitational pull for this exciting science unit. Students demonstrated various concepts by playing Tug of War with students on each side.

“This physical activity was intended to demonstrate the concept of balanced and unbalanced forces,” said Tamela Brown, dean of middle school at River City. “Students tried different team combinations in Tug of War to show how forces can be balanced and unbalanced, and what factors can affect the forces like mass, distance, and friction.” 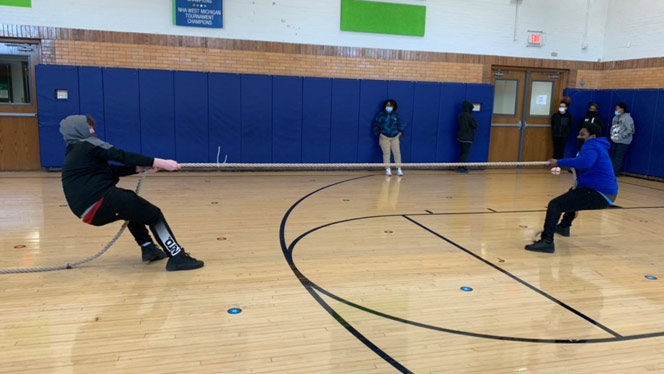 As students began pulling the rope from both directions, they were surprised to find that, in some cases, the rope didn’t move. The equal tugging from both sides demonstrated zero net force. Students also learned about balanced versus unbalanced forces, ultimately linking the lesson to Newton's laws of motion and how they can relate it to their everyday lives. 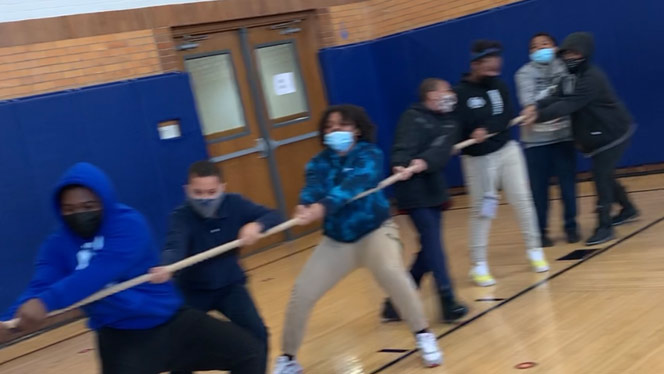 “If the forces on an object are equal and opposite, they are said to be balanced, and the object experiences no change in motion,” explained Mrs. Dipti Singh, seventh and eighth-grade science teacher at River City. “If the forces are not equal and opposite, then the forces are unbalanced and the motion of the object changes,” Singh went on. “A group of students was pulling the rope from both sides and the team that had more net force won, which demonstrated that force follows the direction of motion.” 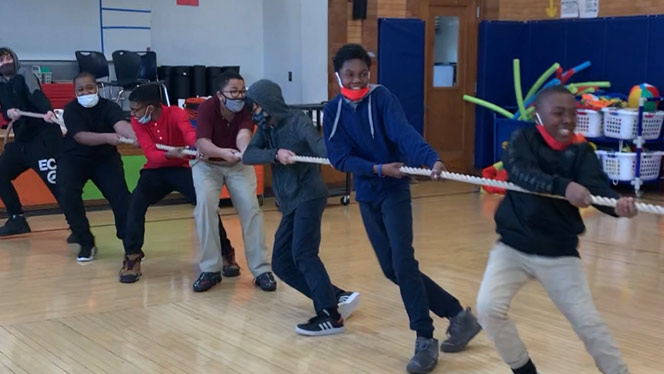 “They were excited to play tug of war and happy to try out different combinations and show off their strength as a talent to demonstrate balanced and unbalanced forces,” Singh shared.