For students at 33 National Heritage Academies partner-schools, spread across six states, the Kids Heart Challenge means more than learning about the importance of exercise and healthy eating. It means saving lives.

This year, those schools have raised more than $130,000 for the American Heart Association.

“It’s amazing what these kids can do,” said Walker Charter Academy Gym Teacher Jason Dykstra. “I don’t know if they’re aware of the magnitude of it all. It’s a big number for you and me, but I don’t know if they grasp the impact this can have.” 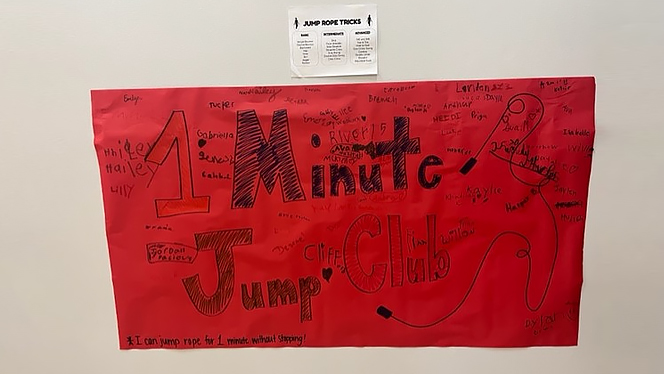 Students at Walker have raised more than $20,000 for the AHA this year and have accrued over $245,000 since the school started participating in 2002.

“Those dollars that the NHA students are raising in order to support the American Heart Association, it’s saving lives, that’s what it comes down to,” said AMA Youth Market Director Julie Neuhaus. “If we didn’t partner with the NHA, we would not be able to fund as many grants, and those grants are creating the next breakthrough. We see loved ones and their lives get extended because of it.”

Dykstra said teaching students about heart health is more than jumping rope and being active. He works to encourage positive life-long habits in them.

“We talk about the food groups and eating healthy, we do water drinking challenges,” said Dykstra. “We talk about how to stay heart healthy, staying active, and exercising. We also do a lot of activities. You have to change things up, so you don’t get stagnant and boring.” 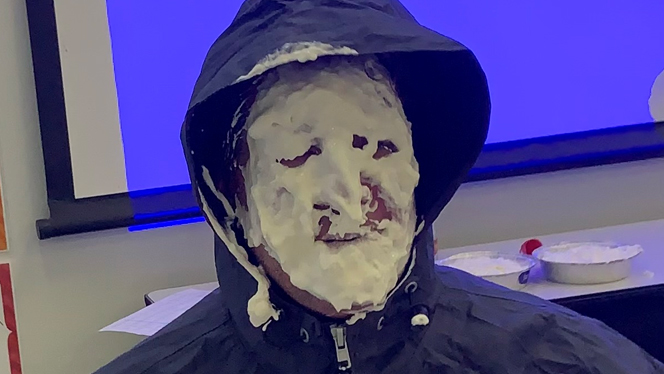 “When I announced to our students that we raised over $16,000, they were all grinning from ear to ear,” Queen’s Grant Community School PE Teacher Jillian Fairfax said. “They were so proud of themselves for all their hard work and dedication to raise money for the American Heart Association. I told them that this was the most money the school had ever raised for AHA, and they cheered and danced around! It was such a fun moment!”

Queen’s Grant students worked at learning new jump roping routines to see how long they could jump without stopping. They signed posters to declare they could jump for one, two and three minutes straight.

“I really enjoyed watching my students learn how to jump rope, because most of them had never used a jump rope before,” Fairfax said. “They were so excited to come to PE and learn how to jump and perform new tricks with their rope. I was surprised to see how many of them caught on as quickly as they did. By the end of our unit, most of the students in grades 3-5 were working on different skills such as the double under jump, crisscross, and the elevator.”

Fellow Physical Education Teacher John Howell at South Canton Scholars in Michigan got students excited by filming teachers jumping rope, but not showing their faces. He said the kids had fun trying to figure out who was who, which got them excited for the fundraiser.

“I still had students that were trying to give money after the competition was over,” Howell said. “We had an amazing year.” 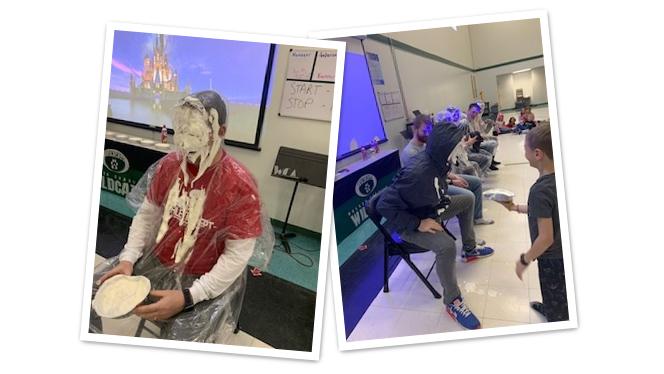 The school raised $15,348.03, more than doubling its previous best effort. That number has him a bit bamboozled for next year.

“The kids really look forward to the Kids Heart Challenge,” Howell said. “Now next year, I don't know how I can beat that number, that number is huge. What am I going to do next year to try and promote it to make it better? I'm going to be thinking about that.”

Schools have flexibility over when to hold their fundraisers, so some NHA schools are just starting their drives. Below is a list of dollar amounts per school so far:


About National Heritage Academies:
NHA is a network of over 95 tuition-free, public charter schools across nine states, serving more than 60,000 students in kindergarten through 12th grade. For more information, visit nhaschools.com.
Share
Tags