River City Scholars recently had two special activities take place. The school held a science night with fun, scientific activities for students and their families while a local church collected and donated supplies to the school.

Students Enjoy Science Night
Families were invited to an evening of science fun in mid-September. There were four stations where students could participate in and build a science-related item.

The first station helped students understand more about sound waves. Using a toilet paper roll and two small paper cups and tape, students made a phone amplifier and stand. The toilet paper roll holds the phone and directs the sound from the speaker at the bottom to the two cups, which amplifies and projects the sound. The students thought that was a cool trick to do with cardboard explained Middle School Dean Josh Barnhart. 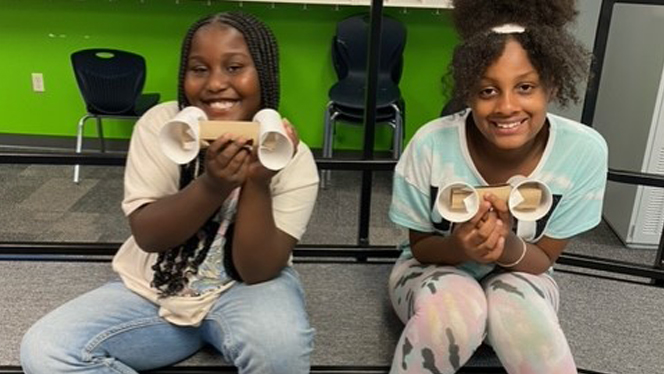 The second science station was where students could make Oobleck, a substance made from a mix of cornstarch and water. It was made popular from a book written by Dr. Suess, called “Bartholomew and the Oobleck.” “It’s like slime,” said Barnhart, “but it’s white so it doesn’t stain anything.”

After it is made, students could roll it into a ball, but when you stop, it oozes and goes flat. In making Oobleck, students learned about Newtonian and non-Newtonian fluids, which is what Oobleck is. It does not act like Newton’s ideal fluid. 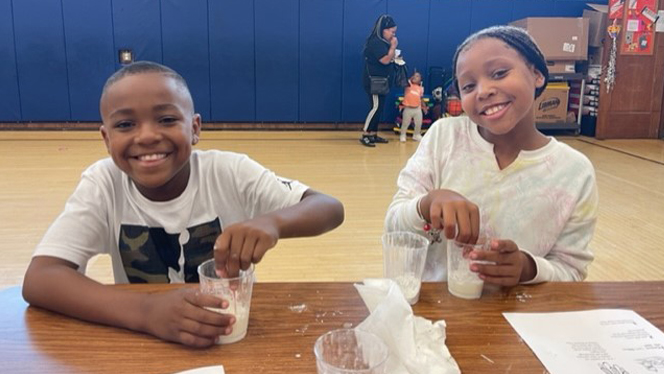 These River City Scholars students are making Oobleck, similar to slime, at the school’s Science Night.

The third science station was where students could make a catapult – pom pom launcher using a cup and a balloon. The balloon was taped to the bottom of the cup and pulled tight to create tension. When the balloon is released, the impact makes the pom poms fly out of the cup about six to 10 feet.

“Some kids made a game of it where they were shooting the pom poms straight up and then trying to catch them in the cup,” Barnhart said. 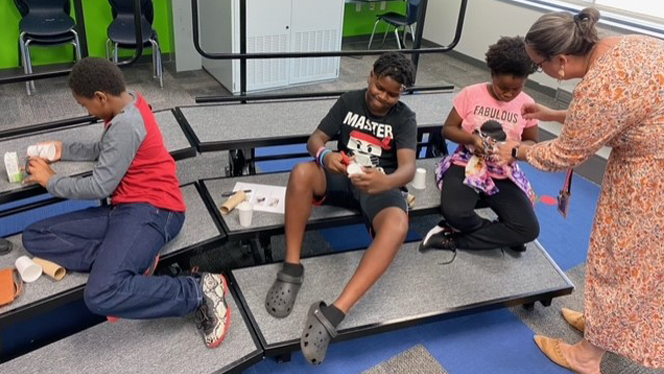 The last station was where students could make a functional parachute using a variety of materials, including tissue, newsprint, coffee filters, and copy paper. Then they attached a plastic toy army soldier. Students took it up two flights of stairs to launch their parachute to see which type would fly the best and descend the slowest. 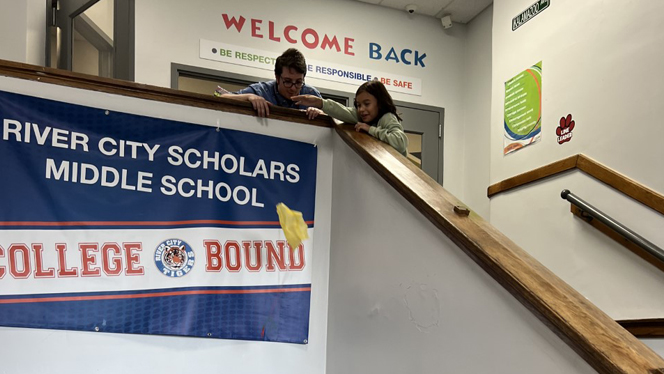 At another station, students could use different materials to build a parachute and then see how well it worked.

“The point was could the student make a good parachute that would descend slowly and safely,” Barnhart said.

“The evening was fun for the students. At each station they got a short mini lesson plan of how to make something. They learned what the physics or science components of the experiment were. Then at the end, they had a completed model they could test and take home with them. They had a lot of fun doing that.”

The stations were throughout the school so that everyone could tour as they walked due to it being the first event for families inside school since before the pandemic. There were also snacks. About four teachers were at each station, so it was a great opportunity to meet some of the staff.

“Content-related family nights are important because they allow families, teachers, and students to connect with the type of things students are doing every day in school,” Barnhart said.

Local Church Donates School Supplies
Grace Lutheran Church in Coopersville chose River City Scholars as a worthy school to receive their donation with a little help from Josh Barnhart. His mother-in-law is a member of the women’s charity group at the church. The women’s group decided to collect school supplies from its members to help a school at the start of the year.

“The backpacks were a bit larger and best for third- to eighth-grade students,” Barnhart said. “About 20 or so backpacks have been distributed to students who needed them, and I am still receiving requests as the days go by. All the water bottles were distributed quickly.

“I appreciate Grace Lutheran Church members’ willingness to donate school supplies,” Barnhart said. “They don’t know our students, but they were willing to help and support them and our families. I really appreciate their support of people and education in this city.” 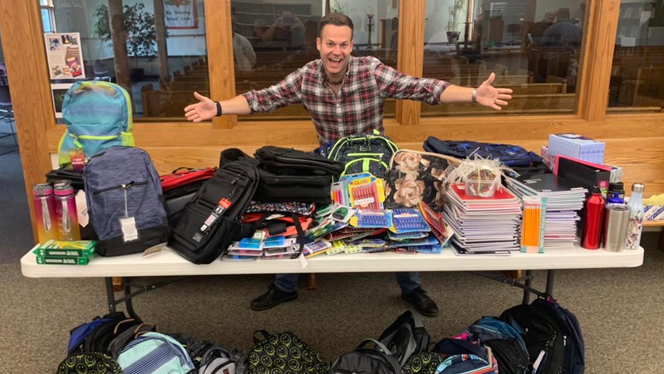