Freshman orientation at Grand River Preparatory High School used to consist of students and their parents wandering around the school with a map. This year, staff devoted multiple days to helping incoming freshmen get acclimated to what will be their home for four years with the school’s first “Freshmanpalooza.”

Principal Mike Irwin approached teachers Emily Gunsch and Jayme McWain about putting together a freshman camp, and they transformed what was once more of an open house to a targeted event. Scholars gathered for two and a half hours each day from August 16-18 at the school for team building activities, a current-student panel that discussed the ins and outs of the school, a parent panel, advice from alumni, raffle prizes, and a dunk tank in which Irwin was seated. 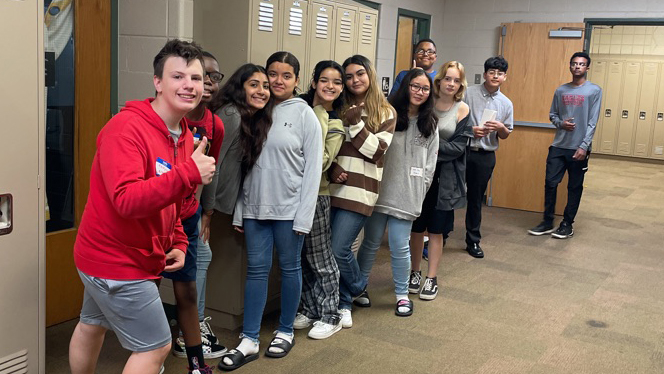 More than 50 students attended the event, which also featured a Goosechase scavenger hunt that showed where certain rooms are located using pictures and videos.

“That first day of school can be quite a culture shock,” said Gunsch, who is in her seventh year at Grand River. “They’ll be able to put faces to names and then as soon as they get there, they will know, ‘Oh yeah, I remember that person from Freshmanpalooza,’ or ‘Oh, I remember we read something about this teacher.’ I think it's going to alleviate a lot of the newness that moving to a new school can bring. Even if they weren't present for Freshmanpalooza, someone in the freshman class is going to be able to tell them, ‘Oh, I know where that room is.’” 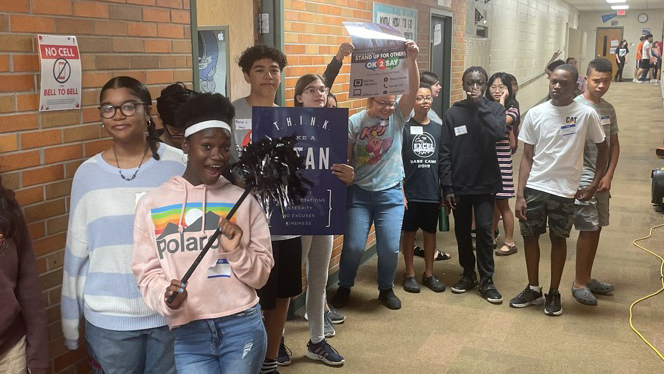 The returning alumni talked about their transition post-Grand River Prep, what they remembered from their time at the school, what things stuck out to them, how to be your best self, and how to learn from mistakes. Among the alumni was Elias Barrios, who recently was hired as Grand River Prep’s Achievement and Behavior Support Specialist.

“(McWain and Gunsch) built up relationships with their students so they still connect with them,” High School Dean Emily Kohn said of having alumni return for the event. “They reach out to anybody that they know and got a lot of positive feedback and a lot of students. That’s something that I think our school has always done really well with is staying connected with our alumni, and then having them come back for speaking events.” 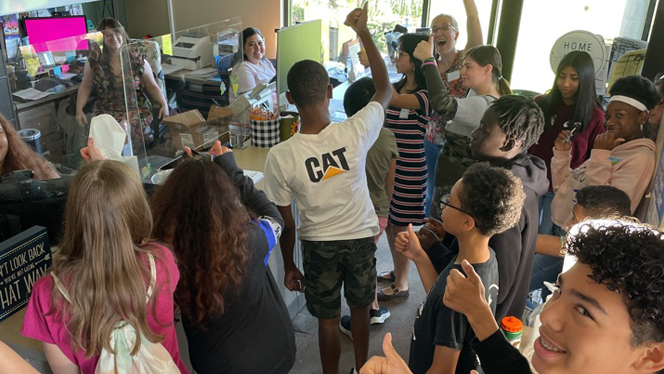 Freshmen took part in a scavenger hunt to get acclimated to their new school building.

The event also was beneficial for Grand River Prep staff; some initially committed to attending one day but were eager to return for each day once they saw they got to interact with the freshmen.

“They were excited to see the kids having fun with them,” McWain said. “Our staff and kids got hyped even for the logistics stuff.”

Dean of Intervention and Athletic Director Michael Ebbert and Kohn, along with Irwin and High School Dean Rob Halla, also wrote letters that were mailed to incoming students over the summer. At different points, scholars received insight into all things Grand River Prep, including Moral Focus, clubs and sports, electives, and AP classes available. 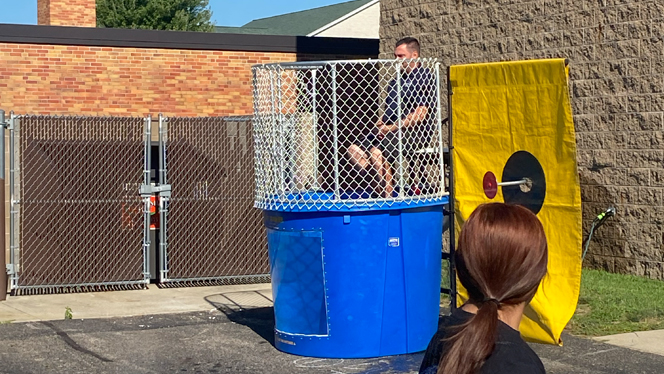 Ebbert said that after experiencing “Freshmanpalooza,” scholars will grasp how to carry themselves in the hallway and in class to set the tone for the school year.

“It’s something I have been talking about doing since last year,” Ebbert said. “The whole COVID pandemic really has gotten to our students. We were trying to figure out ways to get them acclimated and excited to be a Titan.”