A sad realization swept over Melissa Jachim’s third grade class at Walker Charter Academy earlier this spring as students learned that 105 of their chinook salmon fry, part of their Salmon in the Classroom project through the Michigan DNR, had died over the weekend. Quick to point out the correlation with nature, Jachim noted their five remaining fish were still ahead of the curve compared to salmon hatched in the wild.

“A salmon might lay about 10,000 eggs, but how many of those will actually get the chance to grow to be an adult?” Jachim asked the class, prodding their memories. “The odds are about one or two will have a full life cycle out of those 10,000. Many of them will get eaten by other fish like steelhead, or fishermen like you guys.”

Salmon are not native to the Great Lakes and the reasoning behind their introduction to the five freshwater lakes had plenty to do with creating a sport fishery but much to do with managing the overpopulation of a baitfish called an alewife. These fish would wash up on beaches at the end of their life cycle by the thousands.

While showing the students a picture of a shoreline full of dead alewives, Jachim asked another leading question.

“Too bad we don’t have smell-o-vision,” she said. “What would it smell like? Would it smell good? It would not, you would not want to play there.”

“Eeeew,” the class replied in unison.

“So, chinook salmon were brought in and what happened to the alewife population? Right, it went down, so we started to get a balanced food chain and eventually lake trout started to come back.”

About 800 miles to the southeast, students at PreEminent Charter School were learning about shad, a migratory fish that spawns in freshwater but spends much of its life in saltwater. Science Teacher Gina Bobbitt partnered with the North Carolina Museum of Natural Sciences and the North Carolina Wildlife Resources Commission to host the Shad in the Classroom project.

“Prior to the arrival of the fish, we learned about shad and how they migrate annually from the ocean to the river, specifically our local Neuse River,” Bobbitt said. “Students were in charge prior to the arrival of monitoring and maintaining the water quality of the tank and making sure the temperature stayed the correct temp.”

The fish eggs arrived on a Monday and students learned to sort the live from the dead eggs, which became a daily task.

“We pulled out the eggs and fry onto petri dishes to watch their development,” Bobbitt said. “I was able to pull out the digital microscope to display on the overhead so everyone could see the development.”

The eggs grew to become tiny see-through fish, which students took to a park down the road from the school to release into the river.

“We rotated students at the river, acclimating the fry to the water temperature of the river as well as adding river water to the bag of fry,” Bobbitt said. “Each student had about five to 10 fish to release into the river. While we were at the river, we had the N.C. museum representative to help us, and she had students looking for macroinvertebrates to study the water quality of the river.”

The program also provides an artistic element where students make fish prints made from grown shad molds, created by the museum. Finally, a student from North Carolina State University will lead PreEminent students in shad dissections to show what a fully grown fish looks like.

The scholars in Michigan also learned about an invasive species disrupting the food chain in the Great Lakes: sea lamprey. Brought into the Midwest by ocean freighters that use sea water as ballast, sea lamprey attach themselves to salmon and other fish species to feed on them.

Jachim drew the parallel for the students, so they could understand how one species’ introduction could help, while another could harm.

“They’re part of the story,” she said. “It goes to show that by simply introducing one species into a food chain, you can throw the whole cycle off.” 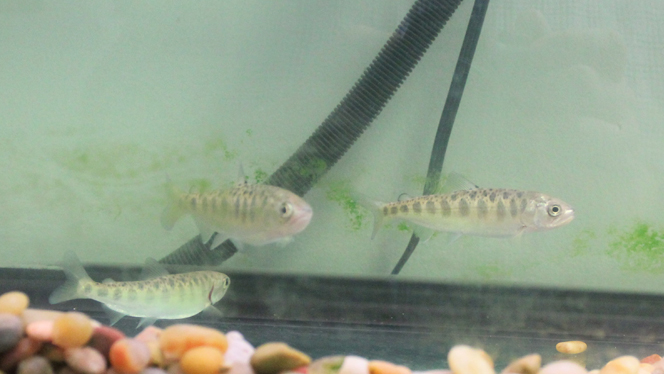 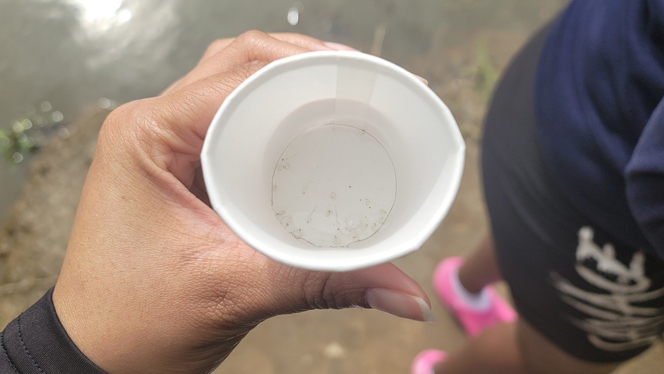