McDonald holds what she calls a “debate-lite” section with her students. This is a two-week project, preceded by time spent learning the components of a good argument, McDonald explained. The class also spent time learning public speaking skills. 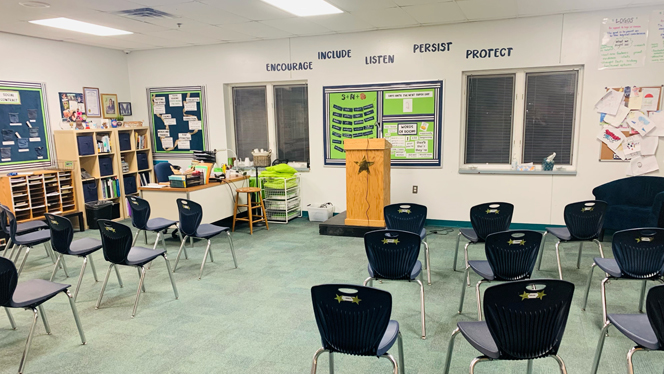 “We live in a world where opinions are flying around everywhere, but people don’t always have the skills to state them well, back the opinions with evidence, see both sides, stay calm and clear-headed when discussing them,” said McDonald. “I want my students to be able to express their thoughts and feelings effectively, respectfully, and find credible sources to support their claims. We also enjoyed learning some rhetorical devices as it strengthens our writing and debating.”

Each student chose a topic in which he/she was passionate and presented a 2–5-minute argument to the class. They were professionally dressed on a small stage with a podium and microphone. They each had three strong supporting reasons, evidence, a counterclaim, and at least one rhetorical device. 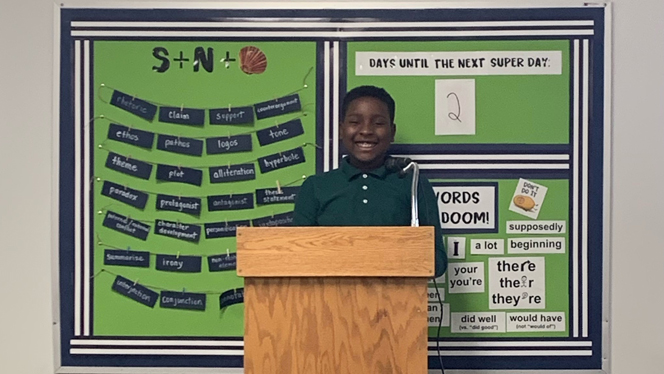 McDonald explained the first portion of the class was more of an argument, not a debate but a persuasive speech that all the students needed to do.

“The especially fun part was round two and three: debating-lite,” said McDonald. “Students could opt to participate in the second round, which was an on-the-spot argument. I would present a claim to a student, and that student had to argue the claim with three logical reasons. Most of the class tried the second round. 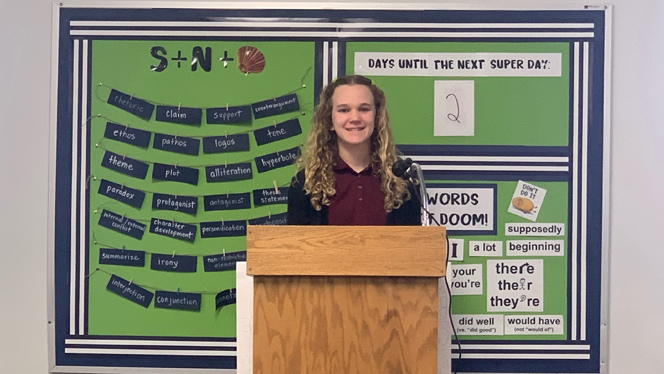 “The last round was the most fun: students would be matched up with another classmate. I would give a topic, and one student would be ‘pro’ and the other ‘con.’ Each would have an opening, and then each would be able to give a rebuttal. After weeks of learning about persuasion, students did very well with this. About half of the students tried the debate-lite round.”

McDonald calls this process debate-lite because it does not follow all the rules and procedures for a debate like a high school class would follow. For a sixth-grade class McDonald feels this type of challenge is just right for her students.

McDonald gave examples of some the persuasive arguments her students used:
Some on-the-spot topics had to have three logical reasons that McDonald gave her students:
Debate-lite topics McDonald challenged her students with included:
McDonald, who has been at Paragon for 11 years, has taught this debate-lite section to her class for three years. The feedback she receives from her students is positive, such as “I learned how to express what I think in a respectful way;” “I learned that arguing doesn’t have to be personal;” “I learned that I’m not as afraid to speak in front of people as I thought I was;” and “I have the tools to beat my brother in an argument every single time.”

For all of us who have brothers or sisters, the last student comment makes a lot of sense. Congratulations to McDonald and her students who learned an effective and respectful way to share their opinions.