The Brooklyn Dreams eighth-grade class learned all the steps that go into creating a mural as a class art project. Everyone involved wanted something that was going to inspire all the classes to come, and as they enter the fourth floor every day. 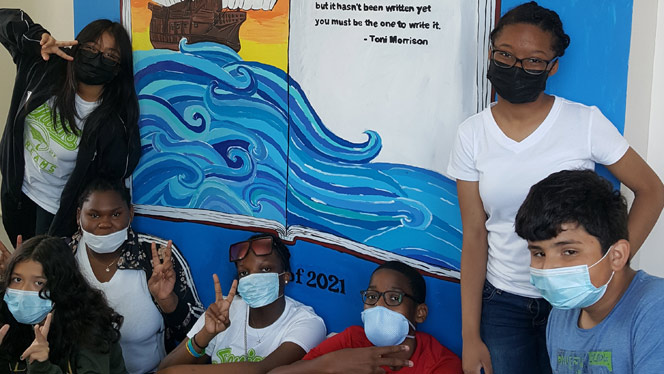 “Brooklyn Dreams’ eighth-grade class did an incredible job on a new mural from start to finish,” says Omar Thomas, principal at Brooklyn Dreams.

The work was a collaborative effort bridging between the eighth-grade virtual and hybrid scholars, primarily Ms. Leinbaugh and Mr. Peters’ homerooms. Throughout the last quarter, Ms. Brengman, art teacher at Brooklyn Dreams, had the students explore examples, and then work in stages with the concept. 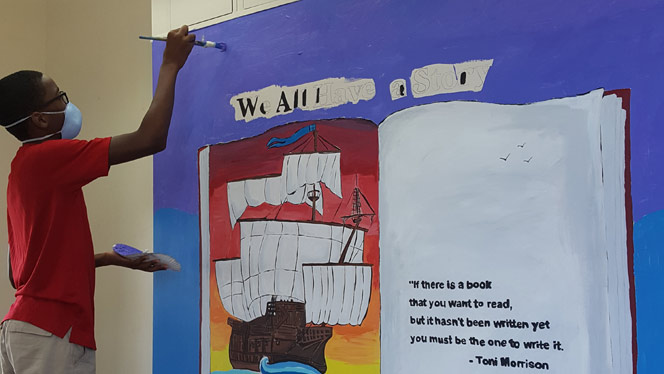 While the virtual scholars added insight, the hybrid scholars actively stenciled, traced, outlined, and painted the mural under Ms. Brengman’s guidance, and support of the other teachers in the building. Once started, it took about two to three weeks until the mural was finished, as to ensure the scholars were able to handle other expectations.

The scholars chose a quote by Toni Morrison, “If there is a book that you want to read, but it hasn't been written yet, you must be the one to write it.” In 1993, Morrison won the Nobel Prize for Literature, and became the eighth woman and the first African American to win the prize. 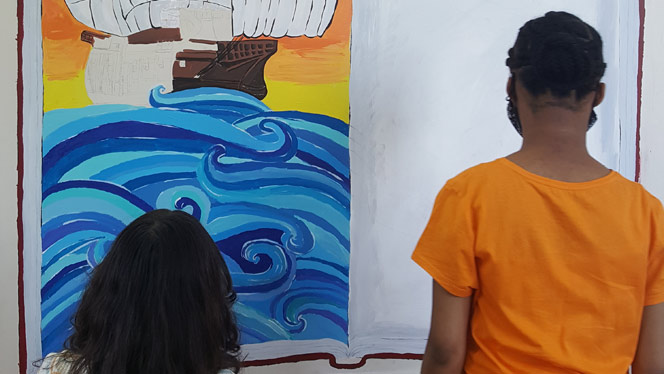 Besides the students, the eighth-grade teachers were also involved. Mr. Ruiz helped facilitate the project, and also drew the ship. Mr. Peters helped pick the font used, and Ms. Leinbaugh helped the scholars stay focused even though they were busy with year-end activities.
Share
Tags