An end of year fundraiser for one seventh-grade class at Brooklyn Dreams Charter School had the scholars organizing an ice cream booth. Seventh-Grade General and Special Education Teacher Skylar Sharpe’s students came to her with the idea. Sharpe asked her students to create a PowerPoint presentation with their ideas on how they would go about doing it. 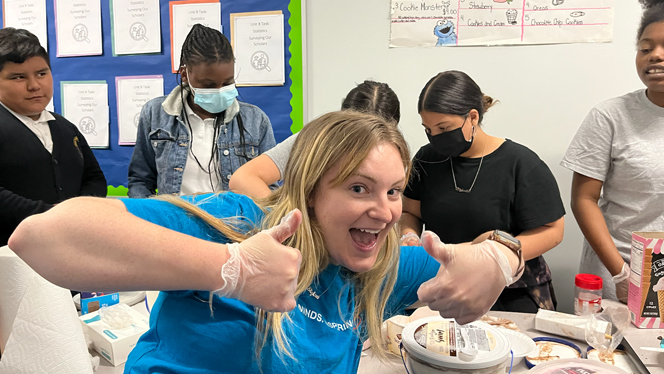 This ice cream booth worker is giving the thumbs-up for a successful day.

“They did a great job with their presentation,” Sharpe said. “We agreed to let them do the ice cream booth. They really did not need very much of our help. Working on and finalizing the menu and pricing came first.” 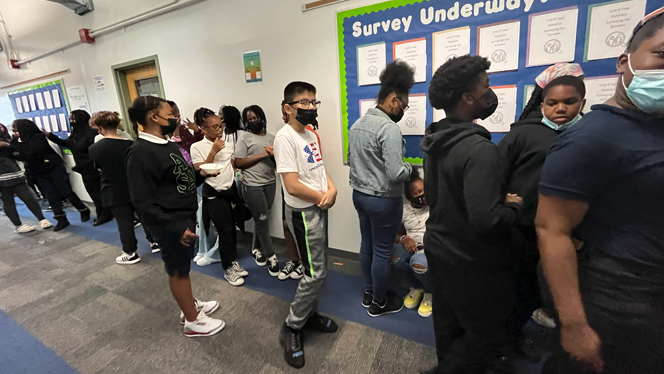 Students were eager to purchase a cold, creamy treat.

The students decided on four ice cream flavors: chocolate, vanilla, strawberry, and cookies and cream. The booth had five toppings: chocolate and rainbow sprinkles, chocolate syrup, Oreos and chocolate chip cookies. The cost for two scoops and one topping was $2, and 50 cents for an extra topping. 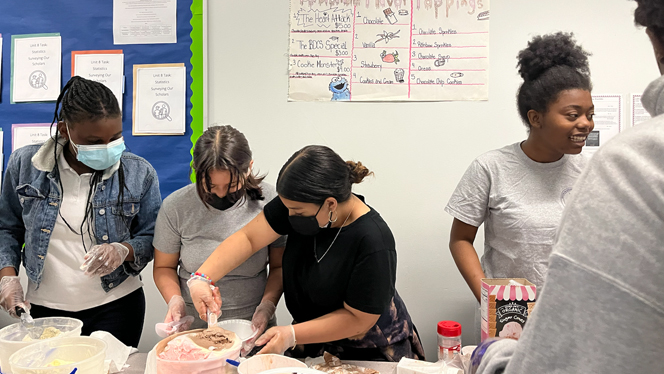 The Ice Cream Shop was open for two days from 11:45 a.m. – 12:30 p.m. All the classroom students had an assignment during the ice cream shop’s hours of operation. The students took the orders, scooped ice cream, added toppings, took payment, and made change. For some of the younger grades, ice cream orders were taken to the classroom to avoid any accidents.

“They really became entrepreneurs for the day,” Sharpe said. “They worked hard, and you could tell they were a little stressed. The response from other students was awesome. They had a lot of customers. The line went down the hall. 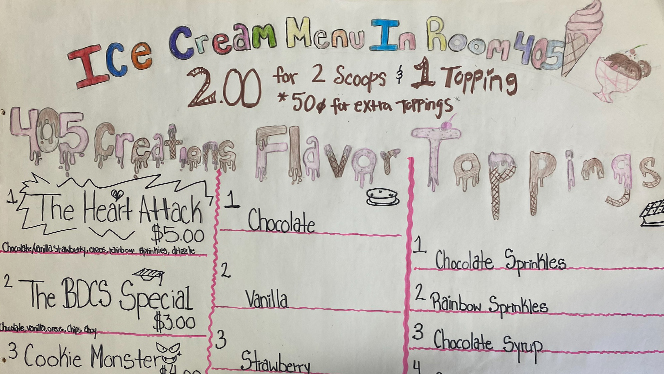 The booth had four ice cream flavors, five toppings, and three special creations that could be purchased.

After subtracting any expenses, the classroom fundraiser made a profit of $405. The students used the money to help subsidize the end of school year trip to Luna Park in Coney Island, New York, an amusement park.