As the celebration of the University of Kentucky men’s basketball team’s eighth national championship carried on into the late hours in 2012, Derrick Shotwell was captivated by another sport that happened to air that night – Australian rules football. 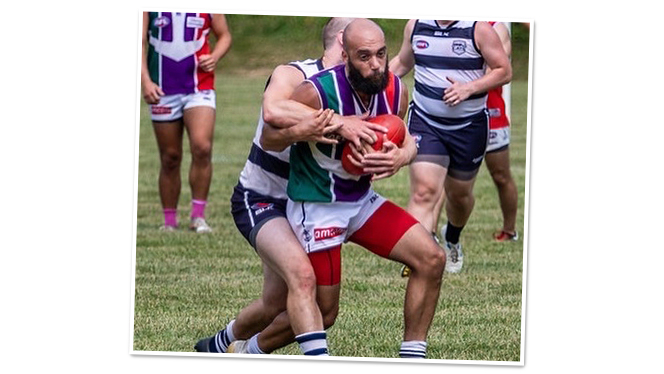 Shotwell’s roommate at Cincinnati Christian University was from Australia, and with The Land Down Under being 14 hours ahead, a footy match was just starting not long after the Wildcats had won it all. The physicality and aggression quickly caught Shotwell’s eye.

“I was like, this is the greatest thing I’ve ever seen. I had no idea what it was,’” he said.

Shotwell has been playing since 2018, currently with the United States Australian Rules Football League’s Cincinnati Dockers and for the USA Revolution in the 49th Parallel Cup on Aug. 13 against Canada. He also infuses his love of the sport into physical education classes at Alliance Academy of Cincinnati, where at first the students might throw the egg-shaped ball around like a football, but have shown they are quick studies. 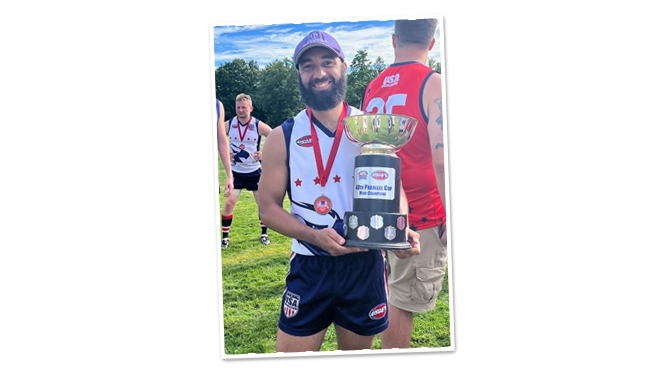 “I teach them how to kick, and you’d be surprised how many of the kids can actually kick the ball correctly,” he said. “It took me probably a year, but they learn pretty fast. They have a lot of fun doing it, too.”

Shotwell played football in high school and did cross country and soccer in college. The flow of Aussie rules is similar to soccer, but the ramped-up tenacity is appealing to Shotwell. In Aussie rules, there’s no flopping, trash-talking is commonplace, and even making a simple pass can lead to mid-air collision that isn’t protected by a helmet.

“You let all that aggression out in a healthy way,” he said. “In soccer, guys are falling all over the place, and you see guys lay on the ground for two minutes. Once they realize they get the call, they stand up and jog off like they’re not injured at all. In Aussie rules, if you get hurt, the game doesn't really stop for you. It’s kind of brutal. It forces you to be tough.” 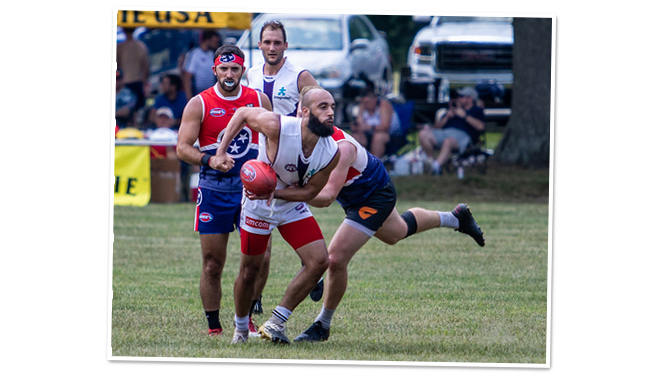 The 49th Parallel Cup match, which the U.S. won 49-39, was Shotwell’s first international game. Positions are loosely defined in Aussie Rules as players go where the ball goes; Shotwell played a back pocket defensive position in the international game but is more of a rover for the Dockers, following the ball all over the field, and not at a leisurely pace.

“It’s a lot of running,” he said. “I accidentally wore my Apple Watch one game and I clocked eight miles.”

Along with its aggressive nature, Aussie rules is unique because of its wide variance of players. Shotwell is 5 feet, 8 inches and darts around the field, while one of his teammates is about one foot taller and was drafted to play professional baseball. 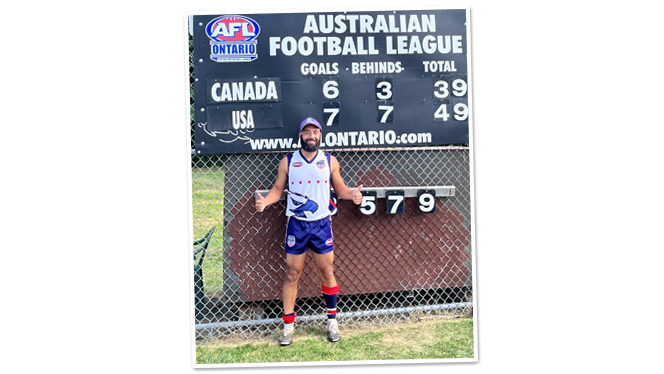 “There's a position for any and all shapes and sizes,” Shotwell said. “That just encourages people to try something new and try it out.”

Shotwell is in his first full year at Alliance after coming to the school in November. Even though basketball isn’t his game, he formed a connection with a student at a lock-in during a friendly game of one-on-one that turned into multiple games. Now, he is starting an open gym basketball session after school for students. 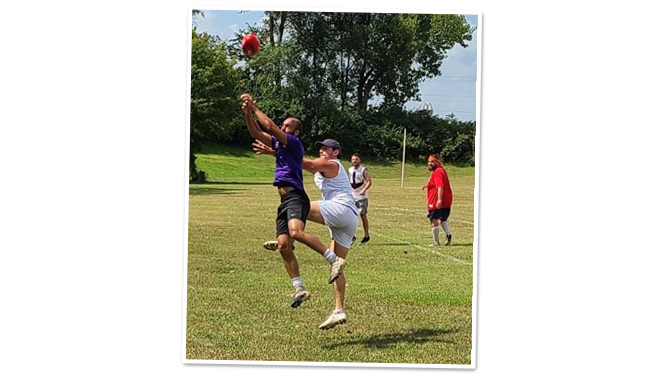 “He was probably the first kid that I got to connect with at Alliance,” he said. “I love the kids. They’re fun. They’re full of energy.”


About Alliance Academy of Cincinnati
Alliance Academy of Cincinnati is a tuition-free, public charter school in Cincinnati, Ohio, serving students in kindergarten through eighth grade. It is part of the National Heritage Academies network, which includes 98 tuition-free, public charter schools serving more than 65,000 students in kindergarten through 12th grade across nine states. For more information, visit nhaschools.com.
Share
Tags