Schools Give Politicians a Look at Charter School Experience

With election day nearing, National Heritage Academies scholars and staff recently have hosted local politicians at their schools. Here is a look at a few of the visits. 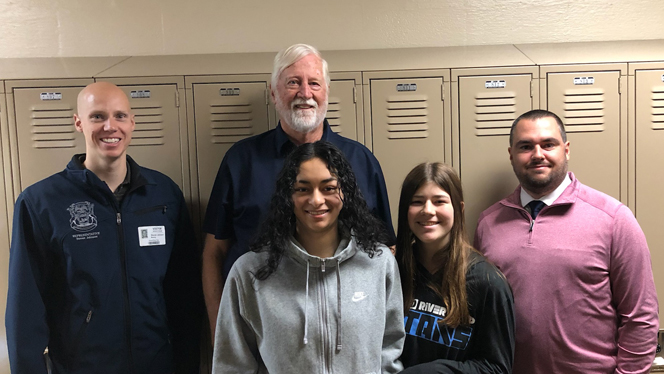 “Both have spent significant time this year volunteering to make the school better in different ways,” Principal Mike Irwin said. “This presented a good opportunity for them to represent the school in a different way.”

While touring the school, Johnson, who was first elected in 2016 and represents Dorr, Leighton, Wayland and Gaines Townships as well as the cities of Kentwood and Wayland, heard from the students about the smaller, attentive feel those at Grand River Prep strive for.

“It was a good opportunity for our students to get in front of somebody that is obviously important, and they represented themselves well,” Irwin said. 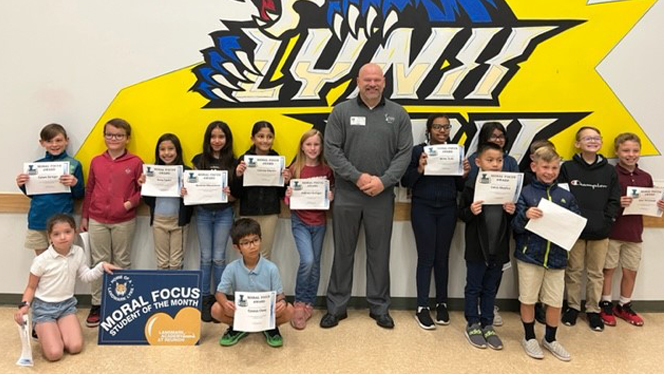 Landmark Academy at Reunion welcomed Commerce City Mayor Benjamin Huseman for a special visit last month. Mayor Huseman spoke with students and posed for pictures with scholars who had earned the Respect Award. Respect was the Moral Focus Virtue for the month of October. Huseman serves on the Commerce City Council and is also a member of the council overseeing tax usage for the 27J school district which includes Landmark Academy. 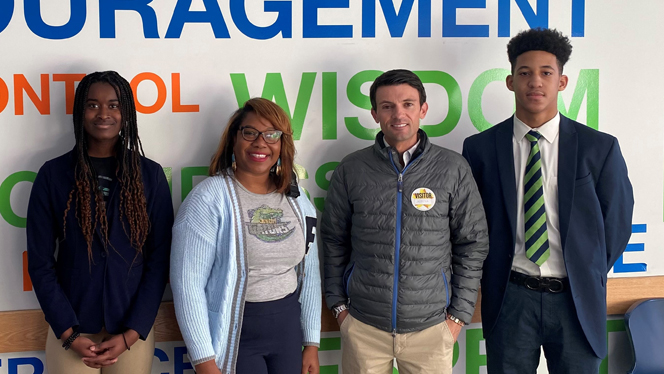 Gate City Charter Academy had the privilege to host Jon Hardister, a member of the North Carolina House of Representatives. Rep. Hardister met with Principal Natasha Robertson and was given a student-led tour of the school. He posted about his experience on his Twitter page.

“As always, I enjoyed my visit to Gate City Charter,” Hardister said. “The students did a fantastic job with the tour.”

Hardister has been a strong supporter of public education and has voted to increase education funding each year since being elected in 2013.