The 2021-22 season came to a climactic finish for the Arbor Prep girls basketball team Saturday with a 54-50 win over Kent City to secure the school’s second state championship at Breslin Center in East Lansing, Mich.

The Gators, led by standouts Mya Petticord and Karianna Woods, handed Kent City their first loss of the season and finished with a record of 25-2.

Head coach Scott Stine, leader of the program since its creation 11 seasons ago, said the team was dedicated to work hard for the win, but the support from students, staff, and parents throughout the season was amazing.

“It just shows you anything is possible if you get the right group of kids that want to put in the work, and work together,” Stine said. “Being a team obviously is a huge, huge part of that, but it just shows that it's possible.” 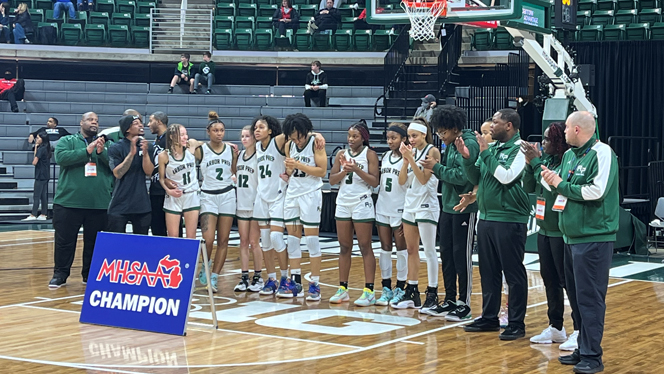 Petticord, who has accepted a full scholarship to play for Texas A&M next year, led the team in scoring with 27 points.

“She's the type of kid that everybody loves and then you add on top of it, the special talent that she is, you would never know that she's the type of player she is,” Stine said. “Every single one of her teachers would have nothing but good things to say about her, her teammates, the same thing. It's awesome to see a kid like that have the success that she had because she's just so humble.”

Woods scored nine points and had four steals in the title game. She also has accepted a full scholarship to play next year at Bethune-Cookman University in Daytona Beach. 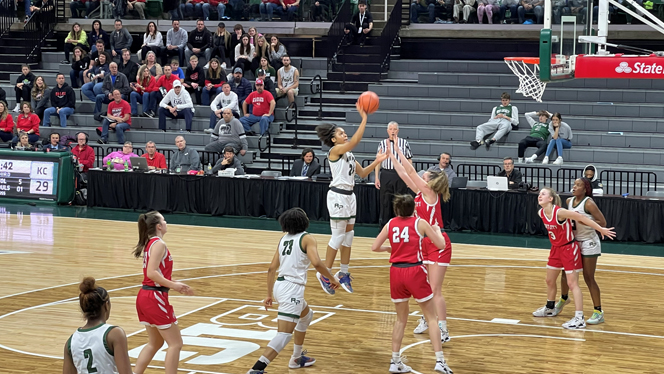 “I think now I might have to add it up but we're getting close to 20 girls who have graduated from Arbor Prep to play college basketball,” Stine said. “So those two are just joining a group of girls that have come before them and it’s great to see.

“The groundwork has been laid. This is how we do things here, and if you do these things and you put in the work, you'll get rewarded.”

The team had three freshmen on the roster this season: Tyra Wright, Eliza Bush, and Elaysia Franklin. 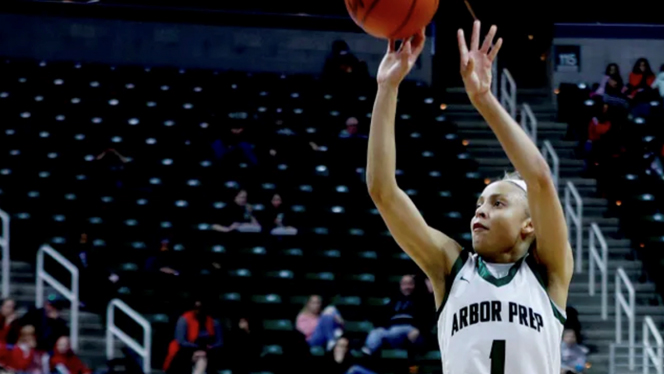 “They just got to see an awesome example of what it takes to become champions,” Stine said. “So now as our younger kids grow and become upperclassmen, they'll be setting that example for the future because they come to Arbor Prep.”

Congratulations to the entire team and coaching staff of the Michigan Division 3 Girls Basketball State Champions from Arbor Prep.