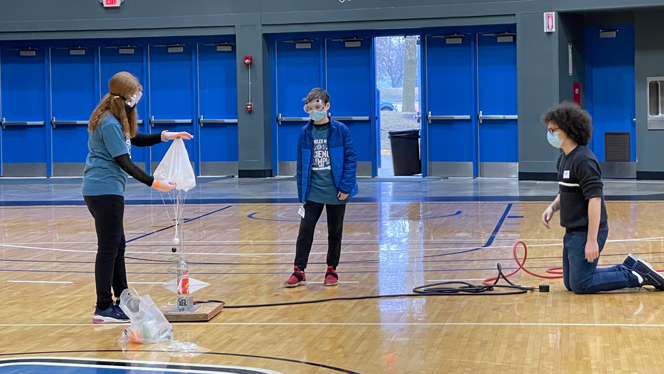 Stephanie Oostdyk, seventh and eighth-grade science teacher, has taught at Chandler Woods for nine years. Oostdyk began as assistant coach under Jerry Anderson, who started the program 16 years ago. The pair traded positions three years ago when Anderson retired.

Science Olympiad is a science, technology, engineering, and mathematics (STEM) competition in which teams of 15 students compete in 23 events from various scientific fields, such as anatomy and physiology, design and build, rocks and minerals, forensics, and more. Events can generally be separated into three categories: study, build, and lab. The goal is to inspire the next generation of scientists, health professionals, and engineers. 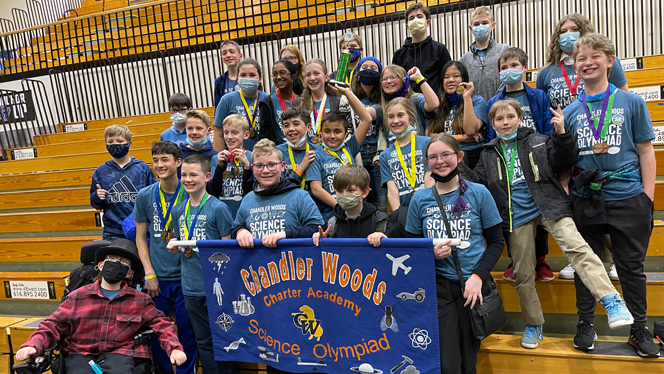 Chandler Woods sent a primary team and an alternate team. Out of the 23 individual events, two student groups won first place in their regional event. One event was called Mission Possible with Mallory Munger and Sarah Thomas; the second event, Road Scholar, was won by Jack Cizauskas and Noah Preston. Two other Chandler Woods student groups won second place in Bridges, Harini Manikandan and Greyson Mosher; and Experimental Design with Harini Manikandan, Ezra Drake, and Sofia Lewis. A third place went to Harini Manikandan and Sofia Lewis in Dynamic Planet. Congratulations to these scholars and others who won medals and ribbons!

In total, the Chandler Woods primary team received medals in 14 of the 23 events; the top six places receive a medal. The alternate team won ribbons in all events as there were only three alternate teams. 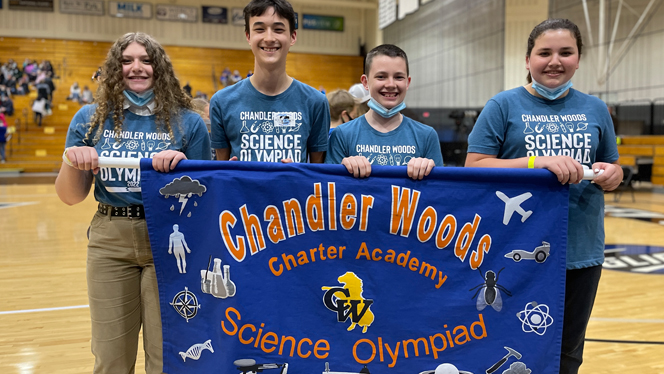 “To me a big benefit of Science Olympiad is learning how to learn, such as how to study and learn, how to get better, because there’s not always an adult there helping them,” said Oostdyk. “They have to figure out what makes them learn best, what strategies help them and how to get better.”

Students can take an elective two or three times a week to work on Science Olympiad events in Oostdyk’s class. Various schools hold competitions throughout the year in order to prepare for the regional competition in March. Two of the competitions were virtual and two were in-person. 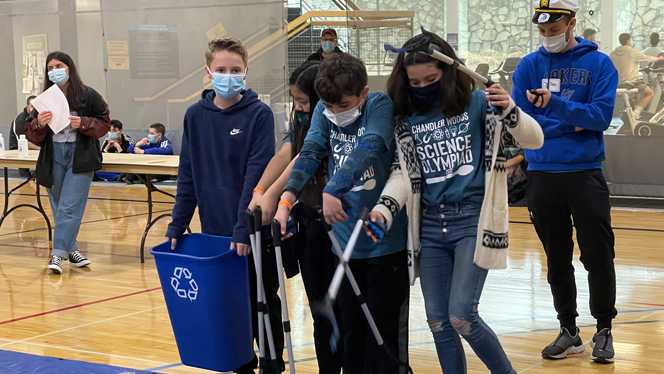 “The students learn problem solving too. How to figure out their own strategies, make changes, get better and learn from it. It is a cool thing to see a student approaching a problem from a different angle and not necessarily knowing what they’re going to get,” said Oostdyk. “One event is called Mousetrap Vehicle and they don’t know the distance it needs to travel before they get to the competition. So, they’ve got to be able to calibrate it and make it work on the spot, which is a cool skill to see middle schoolers develop throughout the season.”

Oostdyk goes beyond the elective class and holds after-school hours on Tuesdays and two hours on Sundays called Science Sundays. Of course, Sundays are optional. 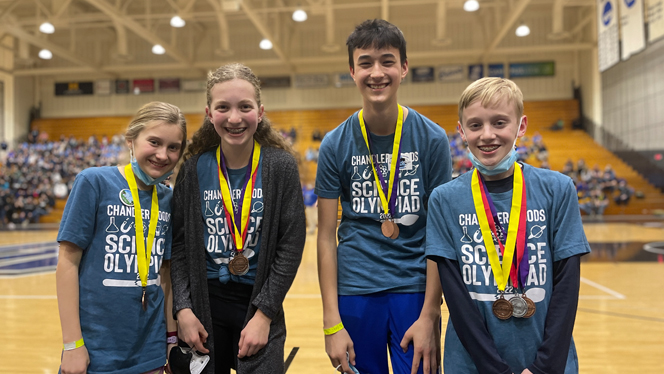 “We get a lot of parents that come on Sundays to work with kids, siblings come too. It’s a joint effort to build, practice and do all kinds of fun things,” said Oostdyk. “There are a lot of parents and coaches that help during the various sessions. We even have a former parent, whose kids are out of Chandler Woods, he comes to help because he loves Science Olympiad so much. We have a retired teacher, a former teacher, and grandparents. There are a lot of people who help make everything work together. I really appreciate their help and support.”

Oostdyk will have a middle school assembly in May where the Science Olympiad team will be recognized. There will also be some demonstrations of the events that take place.


Chandler Woods Charter Academy, a school in Belmont, Michigan, is a partner school in the network of over 95 tuition-free, public charter schools across nine states, serving more than 60,000 students in kindergarten through 12th grade. For more information, visit nhaschools.com.
Share
Tags