The aroma of fresh coffee and cookies played nicely with the dimmed lights at Walker Charter Academy for the annual kindergarten Poetry Coffee House event. Songs, words, and snaps filled the air to mix with the smells inside the gym. (Guests snapped their fingers instead of clapping, because it’s groovier, don’t ya know?) 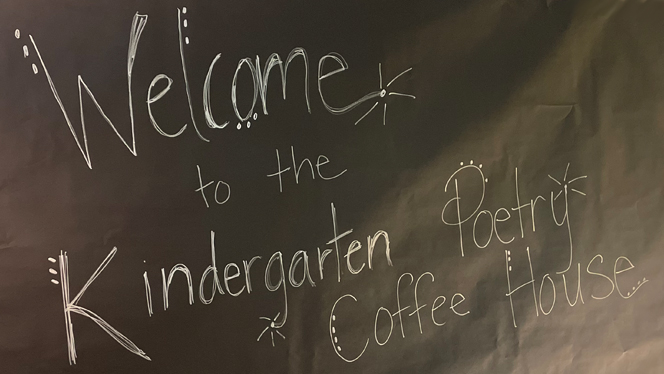 These kindergarten kids were hip. Dark shades, hats, and berets paired with spiffy duds in true beatnik style. It was a celebration of young readers finding new ways to express themselves. 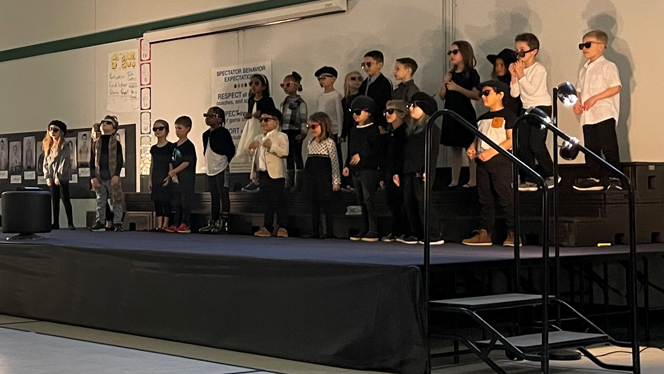 “I think it was just refreshing for everyone to have a normal school program after two years without being able to have one,” Kindergarten Teacher Rachael Engwall said. “We got many compliments from parents letting us know how much they loved the program.”

Some of the poetry even had a bit of an age-appropriate edge to it, like this piece by New York children’s author William Wise:

My little sister
Likes to eat.
But when she does
She’s not too neat.
The trouble is
She doesn’t know
Exactly where
The food should go! 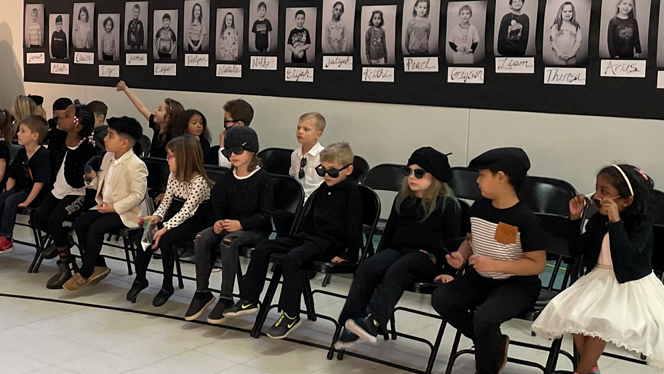 Others, like this piece by Richard Macwilliam from England, were more celebratory in nature:

The three kindergarten classes worked for three weeks memorizing their selected poems and had their teachers next to them for moral support during their readings. They also performed songs led by Music Teacher Chris Petersmark and each child took home a black and white portrait of themselves. 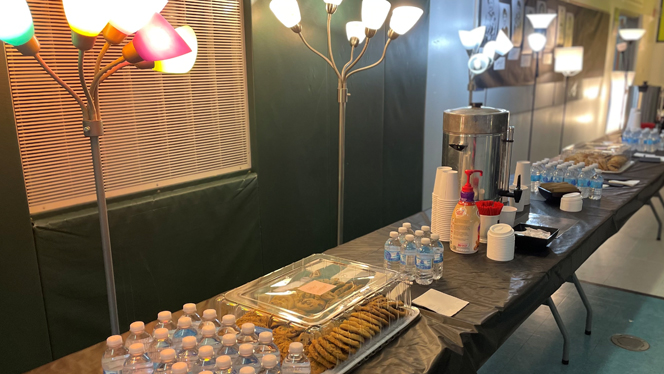 “The students were incredibly nervous to present their poem leading up to that night,” Engwall said. “A few students brought props for their poem. I had a student bring a rose because her poem talked about a rose growing. I had another student bring in fake snow to throw in the air at the end of her poem, because hers was about snow.”