“Receiving the Founder’s Award is a prestigious accomplishment for our Paragon Charter Academy family,” said Brian Britton, National Heritage Academies (NHA) president and CEO. “Created to honor the vision of our founder, J.C. Huizenga, this recognition highlights our mission to transform lives. This school community has made it their purpose to infuse our Moral Focus virtues into everything they do – living them in their daily actions and words, and setting a positive example for all to follow. Congratulations, Paragon, on this well-deserved award!” 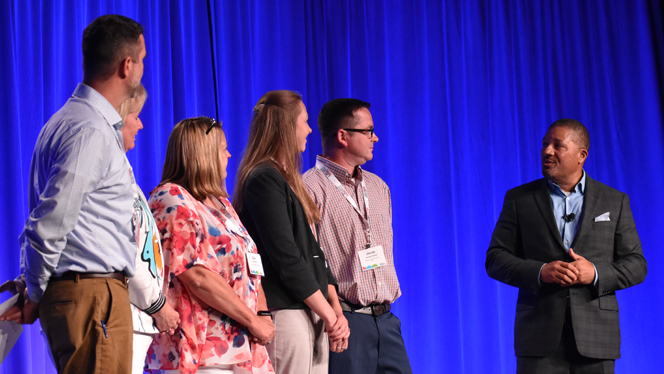 Brian Britton, NHA president and CEO, far right, congratulates the Paragon Charter Academy administrative team at the Leadership Summit for receiving the Founder’s Award.
The Founder’s Award is given annually to the school that creates a school culture which embodies Moral Focus by embedding each virtue in what they say and do in their interactions with parents, students, and staff. Survey results from the Voice of the Parent survey and Glint Engagement results are also reviewed.

“It is an honor to be recognized with the Founders Award as I know all NHA schools work hard to implement Moral Focus in their schools,” Paragon Principal Benjamin Kriesch said. “Moral focus is a critical part of our school culture and curriculum. I am grateful for the staff who have embraced our school culture and have seen the importance of modeling and teaching strong moral values.”

A few reasons why Paragon Charter Academy was chosen include: 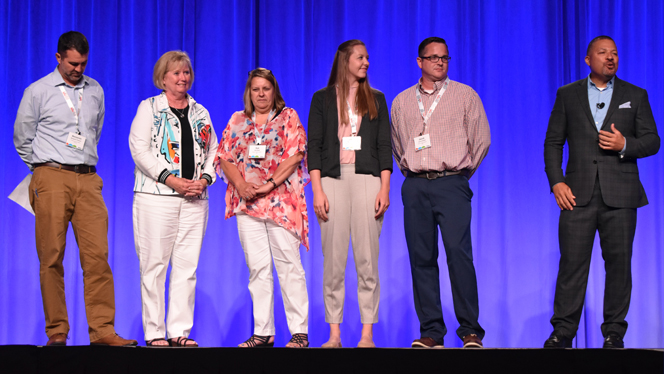 Besides Paragon, the five other schools named as the top finalists for the award are:
The Eagle Award ceremony had directors of school quality, principals, and deans in attendance. Several other awards were announced involving parent satisfaction, employee engagement, student attendance, safety, and student enrollment. Three other awards, called Taking Flight, went to the top 5% of schools with the greatest improvement in employee engagement, student attendance, and student enrollment.

Congratulations to Paragon Charter Academy for being honored with the Founder’s Award, and to all the honorees of Eagle awards!