Tough Love and Teamwork: The Elements of Success at Legacy Charter Academy

Different demographics and environments require a leader to infuse unique aspects into their leadership style, which is exactly what Letoskey Carey, principal at Legacy Charter Academy, does. Being located on the east side of Detroit, an array of environments are nearby. To accommodate this, Legacy staff and leaders integrate elements like tough love and teamwork to meet students where they’re at and ensure they have a positive, challenging educational experience.

Carey explained that he can relate to parents and students, as he knows the exact neighborhood they are living in and near. “I love the block! But I tell students that I can leave the block when I want to,” he said. “You don’t have to live on the block is what I ground in their head.”

In his eighth year as principal, Carey shared that staff members come from different walks of life to invest their time and resources into the school, community, and students. “During the day, we have teachers going student’s houses to deliver materials, or teachers doing house visits on a student’s birthday,” explained Carey. “Teachers are filling the needs of our students and go the extra mile to engage kids and let them know their teacher cares about them.” Legacy Charter Academy teachers are invested in their students and look at it as heart-work. Carey sees them as the true heroes as they come into Detroit and make a difference every day. 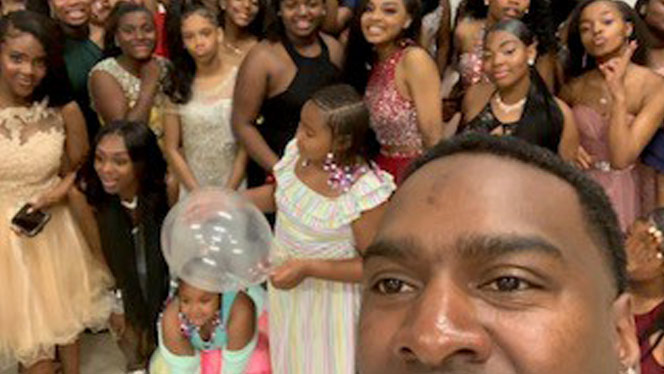 Going the extra mile reigns true in more than one way for Principal Carey. His commute to work every day, which consists of his passing numerous National Heritage Academies (NHA) schools, takes nearly 50 minutes. However, Carey doesn’t see himself anywhere else but Legacy Charter Academy. Being from Detroit brings his job full circle. He graduated from Detroit Public Schools and is excited to just be in a neighborhood with kids.

A distinctive component of the staff at Legacy is the presence of Black males in the building. With 12 Black males on staff, eight of which also attended Detroit Public Schools, they are able to teach from a place of understanding. They know what Legacy students are experiencing and living through on a day-to-day basis.

A phrase that he lives by is, “Don’t trip on your heart,” meaning love on the scholars without stumbling over your heart. “We have to keep the bar high no matter the academic or economic level of the student,” he said. “I don't like my teachers to say they don't see color because you have to see it. However, they don't discriminate on that. Babying our students won’t get them anywhere in life, and I don't want my students leaving here getting patted on the back. I want tough love that challenges them.”

The teamwork and tough love are what continue to make a difference at Legacy, and data confirms this. When Carey started at Legacy, 4% of students were proficient. Fast forward to today, Legacy was a 5-star school last year and nearly 40% of students are proficient. Additionally, Legacy earned an “A” grade from the Mackinac Center for Public Policy on their 2019 Michigan Context and Performance (CAP) Report Card. Schools that are “beating the odds” stand out by this measure.

What brought Carey to the field of education was the desire to want to give back. It took some time to reflect on things that happened in his life and the people who helped him. After he graduated from Bowling Green State University, he had a job that he ended up quitting and went on to student teach. ​​​​​​​

Looking back at three years into his principalship, Carey had a conversation with every member of staff on how to boost staff morale. Staff didn’t feel like they knew who Carey was.

What did he do to combat this? He brought in his high school teacher and coach to Legacy in 2014 and gave them the microphone. They talked candidly about who Letoskey Carey is, also known as “Bubba”.

“They spoke about how I had been to youth home when I was a kid, that I was on probation, had a child in middle school, and how they helped me get my life together,” said Carey. “I let them tell my story. It helped provide an understanding as to why I don’t want to kick a kid out. It’s all about tough love. Because of what I went through, I try to help other kids navigate through it.” 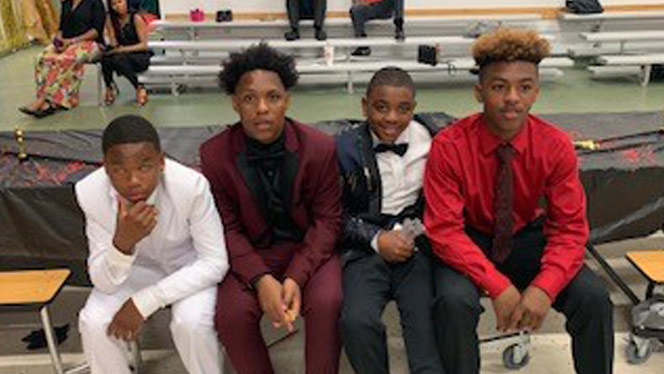 Transparency and relatability contribute to the reason why Carey is an ideal leader for the school community at Legacy. “When I first arrived at Legacy, parents said, ‘Wow, the principal is dressed like the kids,’” explained Carey. “I'm proud to say that on a casual day I have on Jordan’s and jeans, and I'll wear both my earrings in my ear. But on the other four days, I wear a tie. I try to let the students know that sometimes you have to dress up for work, but it doesn’t mean that you can’t dress casual and still be a professional.”

Investing in students from a young age changes the trajectory of their lives. When students graduate from Legacy and move on to high school, Carey hopes they know school staff are here for them. Along with that, how to follow expectations, a sense of responsibility, and the mindset that they can persevere through all circumstances. “Students come back all the time; at least one kid per day,” he explained. “We’re here for them, no matter what it is.”

Going above beyond makes a difference, even if you don’t see it at the moment. Since 2010, Legacy brings an ice cream truck around the neighborhood every summer and hands out free ice cream to see scholars and get out in the community. In 2014, a woman came to the building and shared that she remembered Legacy Charter Academy having the ice cream truck and told staff that when her child was old enough they would come to Legacy. Years later, her child is now a Legacy student. “That is why we do what we do. We change the perception of who we’ve been and position ourselves as a pillar in the community,” said Carey.
Share
Tags