National Heritage Academies’ student teacher program gave Natalie Rush a valuable glimpse of the inner workings of a classroom under the guidance of a teacher with more than four decades of experience.

By entering Patricia Silvernail’s sixth grade math class at Chandler Woods Charter Academy, Rush saw what goes into classroom management at the beginning of the 2020-21 school year. It also allowed her to teach in a different environment and set her on a path to Excel Charter Academy, where she now teaches seventh grade math – all before graduating from Aquinas College.

Natalie Rush is in her first year of teaching at Excel Charter Academy
“I couldn't pass up the experience of working with her,” Rush said.

Silvernail is currently in her 41st and final year teaching. With 18 years at Chandler Woods, it could be difficult to introduce a college student into the classroom as a leader, but Silvernail made sure Rush was seen as her equal. 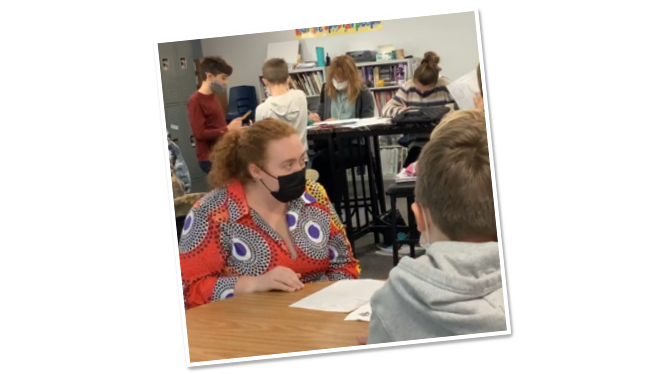 Before being hired at Excel, Natalie Rush was a student teacher at Chandler Woods Charter Academy
“That’s hard to do because you're giving up your kids,” Silvernail said. “Sometimes it’s like, ‘Oh, that's my favorite lesson to teach’ and I wouldn’t teach it exactly that way but there's more than one way to teach things. Sometimes I'd have to get up and walk out of the room just so that I didn’t say anything. I tried to really establish this classroom is our classroom, not my classroom.”

Rush’s first lesson came from the students. Because her student teaching period began in the fall, she was part of the routines, orientation, and meet-and-greets with parents and students at the start of the school year. It was important for her to create lasting parameters for the scholars. 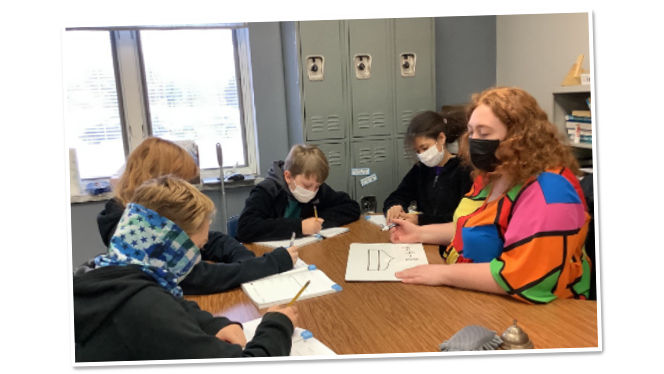 As a student teacher and teacher, Natalie Rush has taught at several NHA schools
“Even if you’ve set really stringent boundaries with them, they will actually respect you for those boundaries,” Silvernail said. “I said, ‘If you don’t establish yourself as the authority in the classroom, they will. They’ll run the classroom and by the end you’ll be holding on for dear life.’ I don't think she understood that in the beginning. But as time went on, she was able to be tough and to establish those firm boundaries with the kids and, it gives kids security.”

Rush observed and did more of the clerical side of teaching for the first few weeks. Silvernail said she had no problem with the curriculum but interacting with scholars and getting them to relate to the material is a variable every teacher has to deal with each school year. 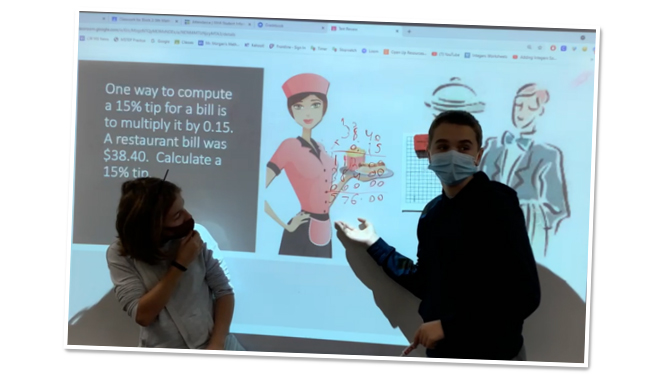 “Classroom management is a tough one for even seasoned teachers,” Silvernail said. “Every year, every class is different. You have got to have more than one trick in your bag. What works for one class one year might not necessarily work for another class another year.”

Rush’s time at Chandler Woods helped her learn to structure time. She devotes half the period to direct instruction and the second half for practice time, giving scholars the chance to collaborate. 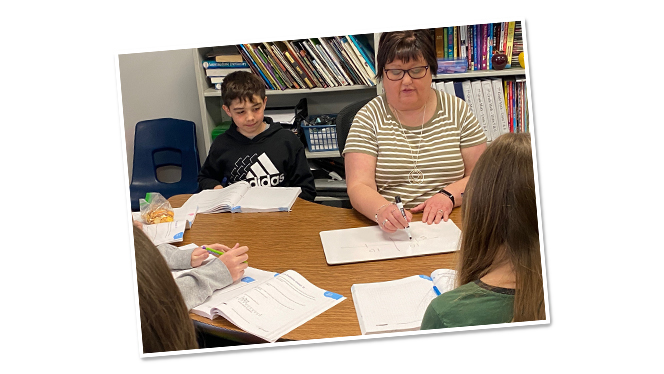 “I love that being the center of my classroom is giving students space to explore it on their own and to really grow,” Rush said. “It also steps up their level of personal accountability, because if they have questions, they have to come ask. We have some students; they’ve expressed that it makes them anxious to come to a teacher or stuff like that. But with the majority of students, getting them to up that level of responsibility has been really cool, too.” 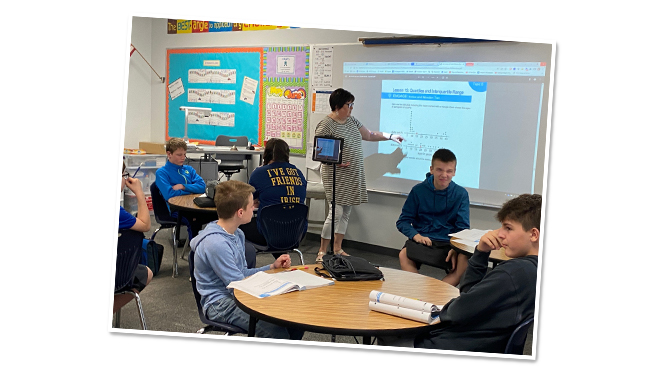 After her time at Chandler Woods, Rush taught at another NHA school, Vanderbilt Charter Academy in Holland, before a position opened at Excel. It was a surreal feeling for Silvernail with Excel’s principal, Dan Bartels, being a former student of hers from her time teaching at NorthPointe Christian. With her teaching career nearing its end, she was happy to be able to pass on her insight to another educator.

“The students here at Excel have noticed that I do have high expectations for them because I know that they can do it,” Rush said.

Keep up the excellent work, Ms. Silvernail and Ms. Rush!