What started off as a fun holiday project turned into an opportunity for a Matthews Charter Academy student to expand on her creativity and win a nice prize.

Addison Ford, a fourth-grader in Bev Schutzman’s class, won the art contest for National Heritage Academies’ Holiday Card this season, but it wasn’t without some critical decision-making and applied talent.

Addison began work on her card with the goal of creating a happy-looking snowman trying to catch snowflakes on his tongue. The snowman, looking skyward with his mouth wide open and vivid green scarf wrapped around his neck, had nearly everything in place, including a sharp, orange carrot for a nose. Now all he needed was some arms.

“The hardest part was the left arm, trying to make it match the right arm,” Addison said.

After tackling that challenge, she consulted with art teacher Jeanne Laney about sky colors. Addison wanted the snowflakes to really stand out, and a white background wasn’t making that happen. 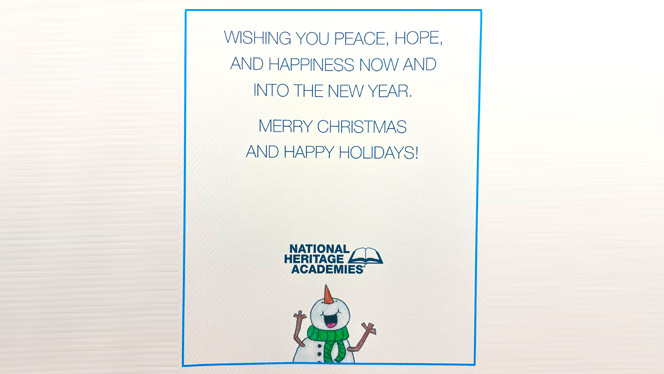 “Addison is a sweet girl who always gives 100 percent in all she does,” Laney said. “We discussed it and she agreed it would look better with a blue sky, so she took it back and finished the sky before turning it in.”

The final product produced smiles for everyone, including the artist.

“I love the way he looks so happy catching snowflakes,” Addison said.

The card, with Addison’s artwork on the cover and her credit on the back, was sent out to all NHA employees and vendors. She also received a gift card for $50 and extra cards to send to family and friends. 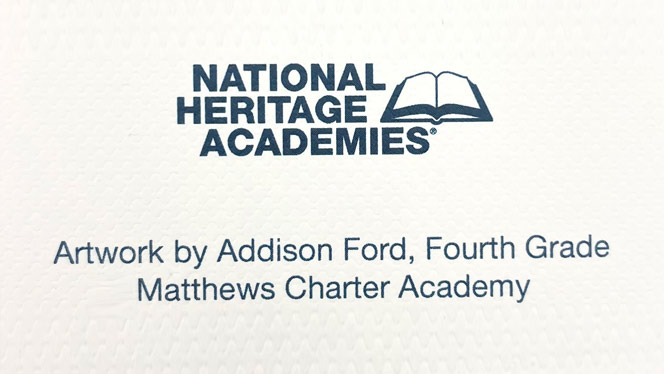