Center Line Educator Believes When You Fail, You Learn

Building community is a staple in the life of a teacher, and it’s one of the fun things Jessica Lollie focuses on in her third-grade classroom at Center Line Preparatory Academy., 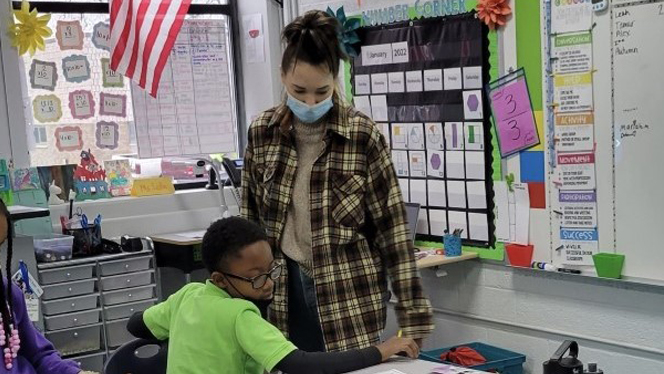 One element of building community for Ms. Lollie is the inside jokes that start and continue through the school year.

“Most of the inside jokes that I have had with my current and former classes comes from some funny mistake that is made in class,” said Ms. Lollie. “This year, since our focus has been ‘if you fail, you learn’, our main jokes stem from that.”

While the jokes aren’t knee-slapping funny, they are funny to her class because of the relationship they have. “We have something that nobody else gets or is a part of, and it’s our thing,” she said.

One of the best examples of this happening in her class is when a student realized she had made a mistake on an assignment.

“She held up her paper and said that she messed up,” said Ms. Lollie. “It was pretty quiet in the room when she said it, so everyone heard, and another student said ‘nobody cares’ kind of loudly. Everyone looked at him. He paused and said much quieter, ‘because when you fail, you learn.’ And everyone just busted out laughing because it came out so rude and abrupt, it seemed like it even surprised him. Now instead of saying, ‘when you fail you learn’, some students just say, ‘nobody cares’, and we all know what they mean.”

She started the “when you fail, you learn” focus because she knew students were going to be behind after being remote for so long and that they might feel discouraged and give up. Ms. Lollie emphasizes that failure is not the end, but a new start in every aspect of the classroom.

There are a lot of other ways her class practices “when you fail, you learn.” For example, in reading, she loves using it for learning new words.

“A lot of times the students will sound out a word and it doesn't come out exactly right,” she said. “But, if you say it out loud and fail, you could learn what the word really is. And from that you could also learn that certain letters make certain sounds and use that in the future with unknown words.”

Moral Focus is also an area where she can focus on the class motto. “We might fall short of our Moral Focus goal, but then we can learn a new way to be a better person to others and ourselves,” said Ms. Lollie.
Her philosophy helps students avoid discouragement when they fail and not to fear failure. She shared that it’s the same with behaviors.

“If someone makes a mistake and does something against the rules, that is an opportunity to say ‘Okay, ya failed today. What did you learn?’ When they think about how their behavior affects them and their classmates and teacher and even parents, they realize that this isn't a failure they want to have again, and they think of ways that they can do better in the future,” said Ms. Lollie. 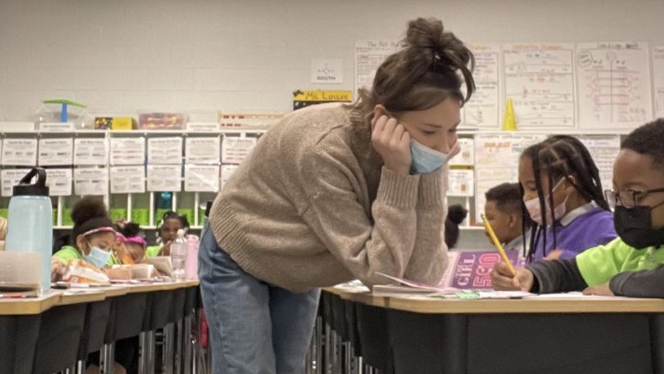 Like many educators, Ms. Lollie is open about when she makes mistakes to show her students it’s okay to make mistakes.

“I think the most important thing is that the failing and learning is genuine,” she said. “The kids know if I’m just putting on a show and acting like I am failing to teach them something. When they see me genuinely fail at something and not get upset, but instead take a look at what I could do better, they realize that little failures don’t have to be a big deal.”