Program Brings Everything into Focus for 58 Brooklyn Excelsior Scholars

McClellan works with teachers to send home a letter describing the program with consent forms before exam days are finalized. 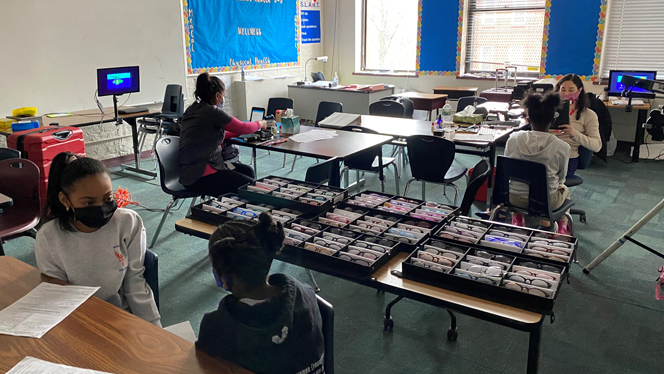 “Some of the students are recommended by their teachers, some parents see their kids having issues, and sometimes kids need stronger glasses than they have,” said McClellan. “So, this is an extremely necessary and needed service because the kids are getting the help they need.” 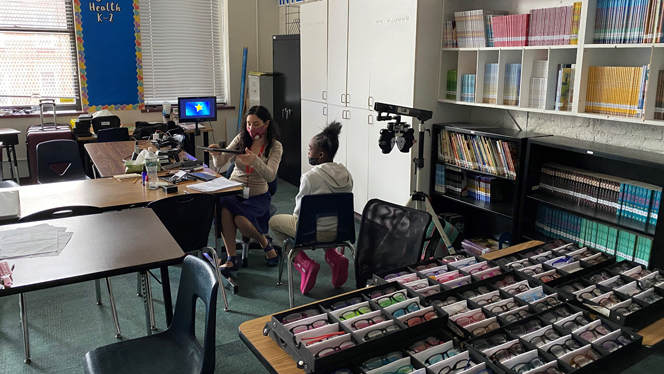 “I had a student who found out he needed glasses,” McClellan said. “He kept checking in with me for the next two weeks to see if they had been delivered. When they came in, and he put them on, he’s like, ‘I can see!’ You know, he really needed them and knew he did.”

Father and son founders Dr. Ezra Cohen, OD, and Dr. Haim Cohen, OD, started Eye on Education in 2015. Since then, the organization has provided 30,000 exams, at 400 schools, delivered 6,500 eyeglasses and saved six lives.

“In 2015, we were approached by a local Brooklyn school with a request to examine their students on site. Our results showed almost 25% of the students needed eyeglasses. Unbelievable! We expanded the program to the five boroughs,” said Dr.Ezra Cohen. “Our motto is if the kids can’t get to the doctor we are coming to the kids.”

“It’s imperative to the success and well-being of every student to see clearly, so this service is such a blessing,” said McClellan.