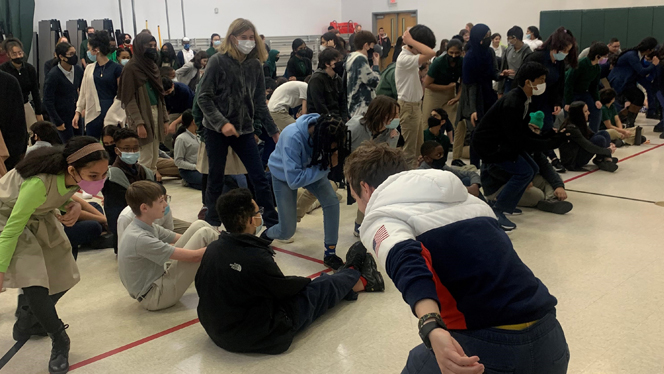 The visit was part of the Tour of Olympians presented by US Speedskating. In April, seven athletes visited numerous schools and skating clubs throughout the country to promote the sport and educate youth. It was a unique opportunity for world-class athletes to interact with Achieve’s scholars.

“The athletes shared about their personal journeys in speed skating and becoming Olympians,” Principal Jennifer Conley said. “It was really a great alignment to the Moral Focus virtue of perseverance.” 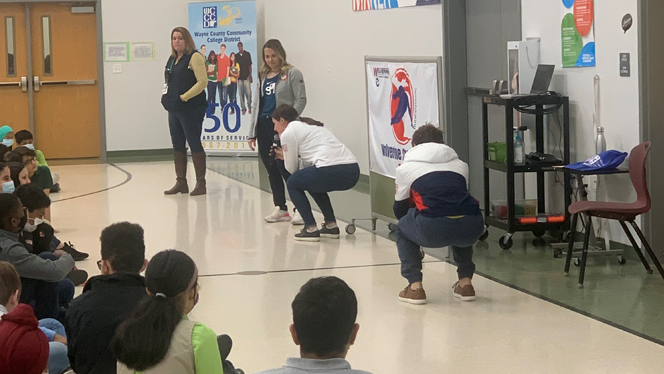 Pivirotto grew up playing hockey before switching his attention to speed skating in 2010 and qualified for two Olympic games. He recently competed in the 500-meter, 1000-meter, 1500-meter, and mixed relay events at the Beijing Olympics.

Goetz competed in her first Olympics this year and skated in 500-meter and 1000-meter events. Goetz grew up on inline skates in Flemington, N.J., and transitioned to long track speed skating in 2018. She plans to pursue work in elementary special education after her skating career. 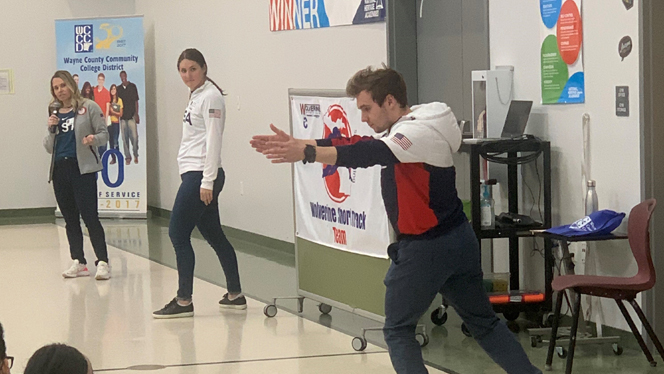 “The skaters also shared some speed skating videos, did demonstrations, and got the students up and into the starting race position. They ended by answering questions for the students,” Conley said.

The athletes were accompanied by the Wolverine Sports Club from Farmington Hills. The tour visit was sponsored by Wayne County Community College. US Speedskating is recognized as the governing body for the sport of speed skating in the United States. The organization has won 88 Olympic medals to-date, making it one of the most successful sports in U.S. Olympic history.