After his career in finance ended because of the COVID-19 pandemic, Steven Ventura was at a crossroads.

While dropping his two children off at South Pointe Scholars, he would talk with Jacqui Bedigian, the school registrar. Ventura, who previously was an assistant coach and director of the tennis program from 1993-2002 at Texas Tech University, noticed the school had an opening that might suit him.

“I’m like, ‘You guys haven’t had a PE teacher yet. I can do that job.’ And she said, ‘Really?’ She got me to apply right away and got the ball rolling for that. And the next thing, the following week, I was hired,” Ventura said.

Steven Ventura’s background as a tennis coach and instructor has helped him as a physical education teacher at South Pointe.

Since being hired in January, Ventura has found that the gratification that comes with teaching makes up for the sacrifice he has made in diverting from his career path.

“It was time for a change, and I wanted to be able to make a difference in people’s lives,” he said. “This is more rewarding than creating a product and selling it because you’re not talking with those people. They just buy it. Here, you’re directly influencing a person’s life, so the rewards are quadruple. Just realizing that life is not about money, it’s about your impact on people in the world. That was something that makes this job is so rewarding.”

In the short period of time, he has had with South Pointe scholars, Ventura has made an impact. In April he received the “Boss” award, which is handed out from each month among the school staff. Colin Hall, South Pointe’s Achievement and Behavioral Specialist, saw Ventura leading the class in jumping and arm exercises to music. Hall saw the fun kids were having and made Ventura the school’s next “Boss.” 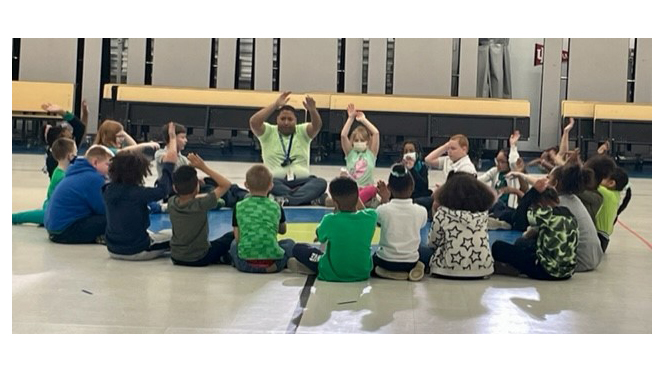 “He saw all the kids were engaging and participating,” Ventura said. “They're basically dancing to a song, but I have them do a few exercises and they're just having fun.”

Ventura has used his background in athletics working with a wide range of ages to connect with scholars at South Pointe.

“One of the reasons why I've been able to survive is because I used to teach tennis ages, you know, five through 20,” Ventura said. “It’s still hard but because I did teach tennis both in school and in a college setting, just having that experience working with the kids helps me not start fresh from Level 1. 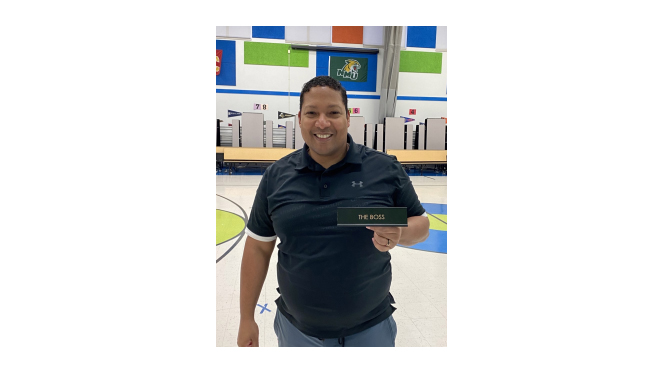 “Having that background is one of the reasons why I feel like I’m having a lot of success. I’m by no means an expert. I think I will become a really good gym teacher, but it’s probably going to take me three years because it’s different.

“Being a tennis instructor, kids go there for the tennis, so they all want to play versus here, they come here because they have gym class, so I have to make it fun and interesting,” Ventura said. “So that’s a challenge to make it fun interesting and building a relationship with 800 students.”