There is no cure for Type 1 diabetes but hope for a cure persists among people affected by the condition and their friends and family.

It hasn’t stopped Cross Creek Charter Academy student John Joyner from trying to help his 11-year-old brother, Beau, who diagnosed two days before Christmas with Type 1 diabetes. As part of the bar mitzvah project to do something for the community, John, 14, put on a Run for Type 1 5K and use the money to donate to the Juvenile Diabetes Research Foundation. Last year, the event hit its cap of 100 runners and raised $2,500, so John, Beau, and the Joyners (including mom Rebecca, dad John, and 9-year-old son Finn) held the event again Aug. 27 at Creekside Park in Dutton, Michigan, and had 115 runners to raise about $3,700. They don’t see any reason why their efforts will stop.

“One of the things that John was trying to figure out was ‘Why couldn’t it have been me? Why did it have to be Beau?’ I would take it in a second from him, but I can’t, so we have to focus on what we can do,” said John Sr., who is a board relations representative at National Heritage Academies.

To raise money and awareness for the 5K, John made videos, went to gyms and local businesses to ask for sponsorships, printed flyers, and made medals. He also emceed the event, giving the prerace speech and congratulating runners. 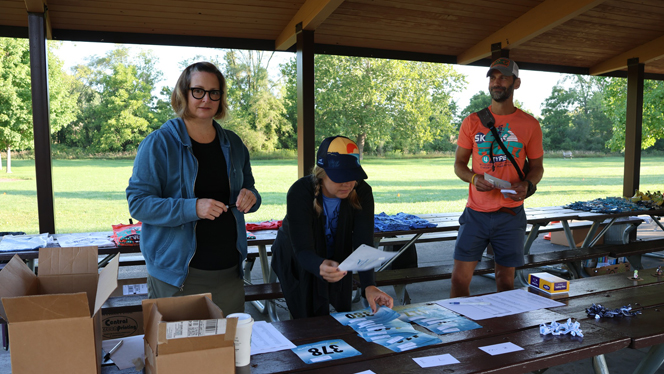 John’s investment in Beau’s condition started from the beginning, as John was at the doctor when Beau was diagnosed. He helps Beau keep track of his glucose monitor, has given him shots, and keeps an eye on him in case he has low blood sugar.

It’s all a testament to the strength of the bond the three brothers have. 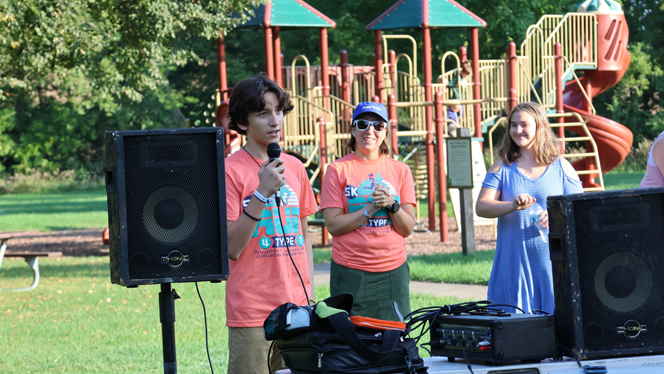 “That was actually a problem when they went to school because they are such good friends, they saw no need to make friends with other kids,” said Rebecca, who is director of revenue accounting at NHA.

As the brothers continue to grow and participate in activities together, the support they have shown each other with the 5K looks to get only stronger in the future. 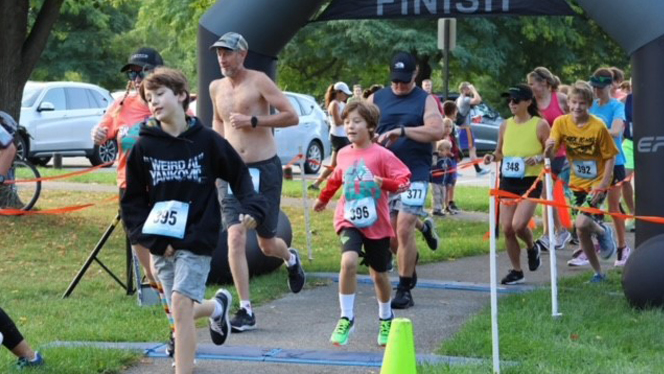 Beau, left, and Finn Joyner take off at the start of the race.

“Doing this is a good way to process that feeling. I like to think he’s applying what he’s learning at Cross Creek, the Moral Focus principles, to do a good thing in his young life,” John Sr. said. 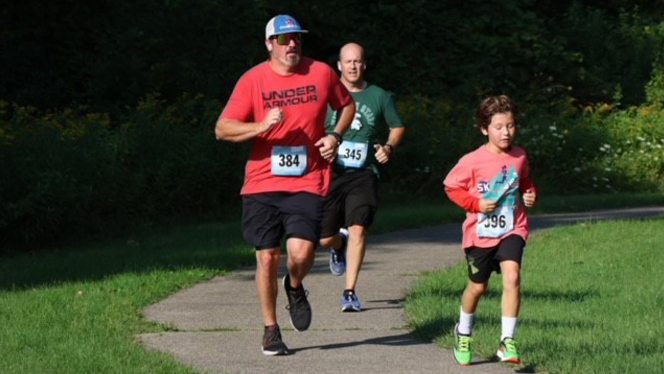