Like many educators, Patricia Harris, kindergarten teacher at Brooklyn Excelsior Charter School, has had to find new ways to build relationships with students and their families during the pandemic, especially while leading a virtual class.

One of the things Mrs. Harris loves about kindergarten is being there to set the foundation for students. She knows that adjusting to school in general is a big step for students in kindergarten, especially when it comes to building social-emotional skills. So as a virtual teacher, she’s had to really dig in and find ways to engage her students and develop those skills. 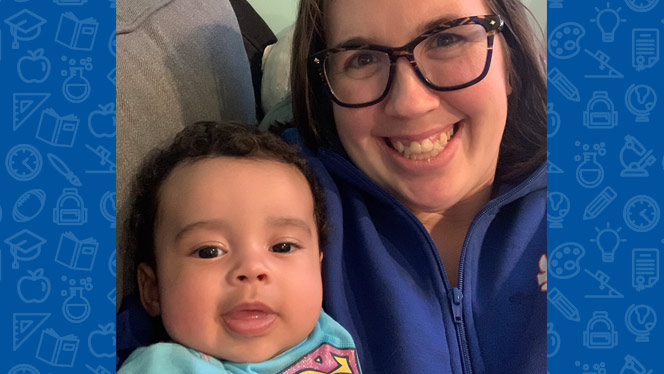 One of her strategies is holding an after-school social hour, which she started in November when she felt her students were comfortable with one another and in their remote learning environment. She noticed that they wanted to know more about each other and what they had in common. Some of her students would even ask to stay on for an extra couple minutes to chat with each other.

“After a while, it just became a thing,” said Mrs. Harris. “Now it is scheduled for one hour a week after school hours. Depending on how many students attend, I usually have two to three per breakout room so they really get to socialize with one another, and they are always with someone I know they can relate to.” 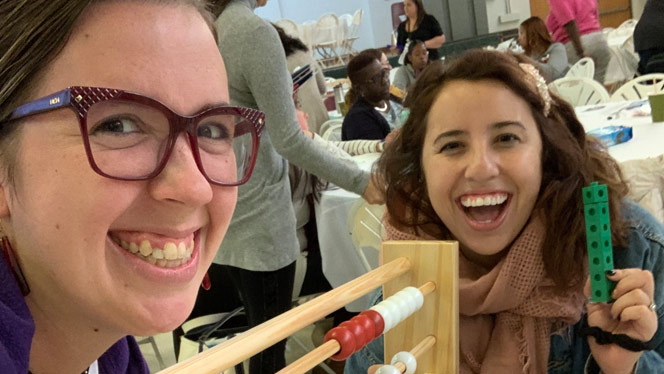 Because of the strategies Mrs. Harris has implemented, her class has had high attendance rates, increased participation and motivation, and parent praise. She has also noticed that her students have started to complement their friends, display more manners, and rarely interrupt in class. They even cheer on their friends without her instruction.

“Social hour is meant to include everyone, and I use it as a motivational tool,” said Mrs. Harris. “Although I never want to shy a scholar away from social hour, I still say to the scholars that you want to get all of your work done today so you can go to social hour. I leave it up to the parents to decide whether they feel the scholar should attend social hour if they didn’t complete their work.”​​​​​​​

The conversations are always parent supervised, and Mrs. Harris keeps an eye on them by popping into the rooms to make sure they’re socializing. If a breakout room is too quiet, she’ll switch it up to get them talking. She has witnessed students playing teacher and Simon Says, talking about their favorite toys, chatting about family, showing off their pets, and drawing pictures for each other. Sometimes they even bring a book to share with their group. 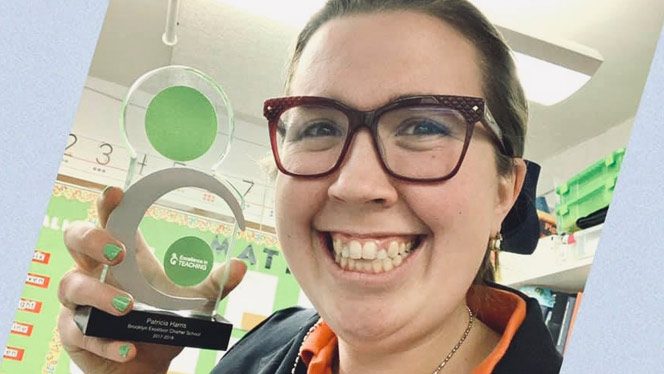 She makes sure to switch up the groups so they can make new friends, but they can also look forward to hanging out with someone they already know, too. She will sometimes pair an outgoing student with a shy student to help bring out their personality, or she will pair them by likes and dislikes so they will have something to talk about.

“It’s all about inclusion and building those social-emotional skills,” said Mrs. Harris. “It’s very important for kids at this age to learn how to build friendships, hold a conversation, become a good listener, and also how to start a conversation. Even though social hour is virtual, the breakout rooms allow them to still have that one-on-one or small group interaction. Social hour gives them a chance to feel like their voice is heard. Kindergarten is tricky sometimes because some of the scholars are just turning five, and some are turning six. This age range presents its own challenges because of the maturity level.”

She is passionate about finding different ways to engage her students so they can have fun learning, which her social hours do. She believes if students have a positive foundation in school, they will like it more moving forward. Her passion is to make sure they love school.

“By providing this time outside of school hours, they have that opportunity to bond with others about non-school related topics,” said Mrs. Harris. “It helps me as a teacher to get to know them more by seeing how they interact with one another. In a class setting, some scholars are very serious, but social hour allows them to let their guard down and act a little silly.”

Mrs. Harris also reflects that having social hour gives her students the opportunity to practice some of the elements that come along with virtual learning, including muting and unmuting. They learn to listen to other students as well as project their voice when they speak. They also understand what conversations are meant for class and which are meant for social hour.

“We are so appreciative of Mrs. Harris’ efforts in establishing such strong class culture,” said Sally Girouard, principal at Brooklyn Excelsior. “In addition to strengthening foundational skills, a large aspect of kindergarten is learning healthy behaviors within social settings. This includes learning to successfully communicate and collaborate, share, encourage others, and advocate for themselves and others. These social interactions impact how students view themselves as learners and as members of the community. Not only are Mrs. Harris’ students growing academically, but they are learning valuable life skills through her integration of team building and social emotional learning opportunities.”